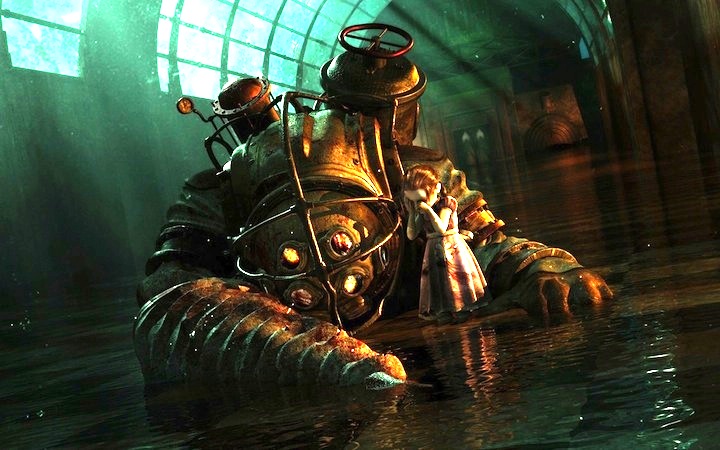 BioShock was pulled from the iOS App Store overnight without any word from its publisher, 2K Games. The 2007 hit was ported to mobile last year and, in what many considered an impressive technical feat, it worked pretty well. But with the arrival of Apple’s most recent mobile operating system, iOS 8.4, the game was essentially broken. Now, 2K has announced they are working on a fix for BioShock and will have it working for iOS 9.

The issue began when users started being able to update their devices to iOS version 8.4. The update completely broke BioShock and the app was removed from the App Store entirely. At first, those who’d already purchased it could still re-download it, even if it wasn’t working – all it meant was that nobody who hadn’t already purchased it could buy it. However, last night those who’d purchased the game had their ability to re-download it removed. All of this went down before a single update from 2K about what was going on.

A few hours later, 2K Games got around to letting people know what was happening with the mobile version of BioShock. “BioShock is currently incompatible with iOS versions 8.4 and higher, and as such, is temporarily removed for purchase from the App Store,” a 2K representative told Touch Arcade. “2K is fixing the compatibility issue, and when resolved, will place BioShock back on the App Store for purchase. Customers who already own BioShock may continue playing the game with iOS version 8.3 or earlier.”

2K says the game will be ready for iOS 9, and that those who haven’t updated to iOS 8.4 yet can still play the game, provided they’d already purchased it. It would have been nice for those who updated to have been warned about the game being delisted before it happened, but at least a fix is on the way.