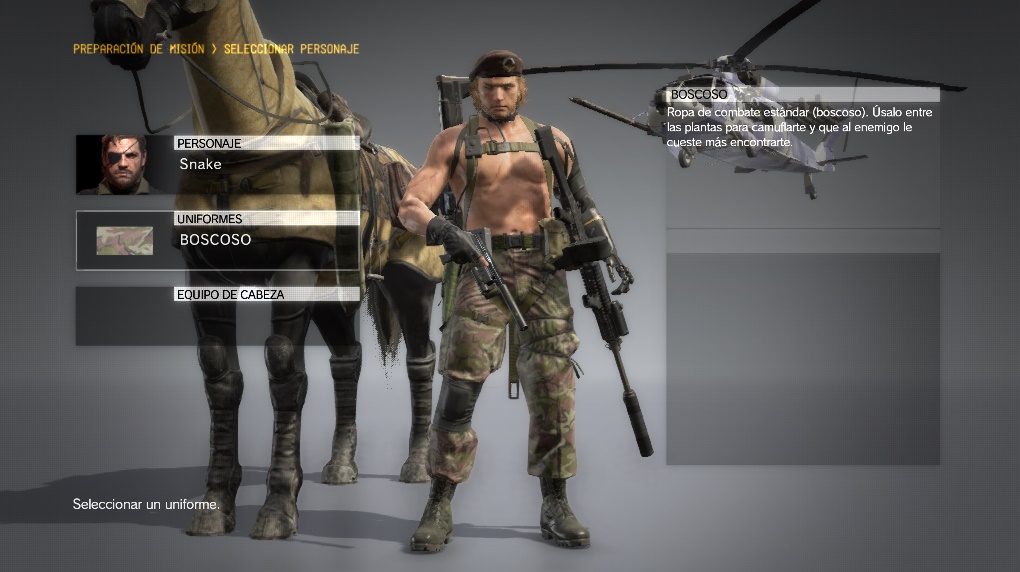 Like several other popular PC games, Metal Gear Solid V The Phantom Pain has received its fair share of mods which allow players to play the game with even better graphical settings and much more. Another one of these mods has been made available in the past few hours, a mod that will allow players to swap Venom Snake’s head with the one of another of the game’s main characters.

The new Metal Gear Solid V The Phantom Pain mod is the Miller Head Replacer mod, which allows players to play as Miller. The changes are merely cosmetic so there are no gameplay tweaks included in this mod, but it’s definitely fun to complete missions while hearing Kaz talk with himself over the radio. You can learn more about the mod and how to install it by going here.

Metal Gear Solid V The Phantom Pain is now available in all regions on PlayStation 3, PlayStation 4, Xbox 360, Xbox One and PC. Metal Gear Online will be launched next month in all regions on consoles, with the PC release coming early next year. We will keep you updated on both the main game and the online mode as soon as more comes in on them so stay tuned for all the latest news on Kojima’s Productions latest game.