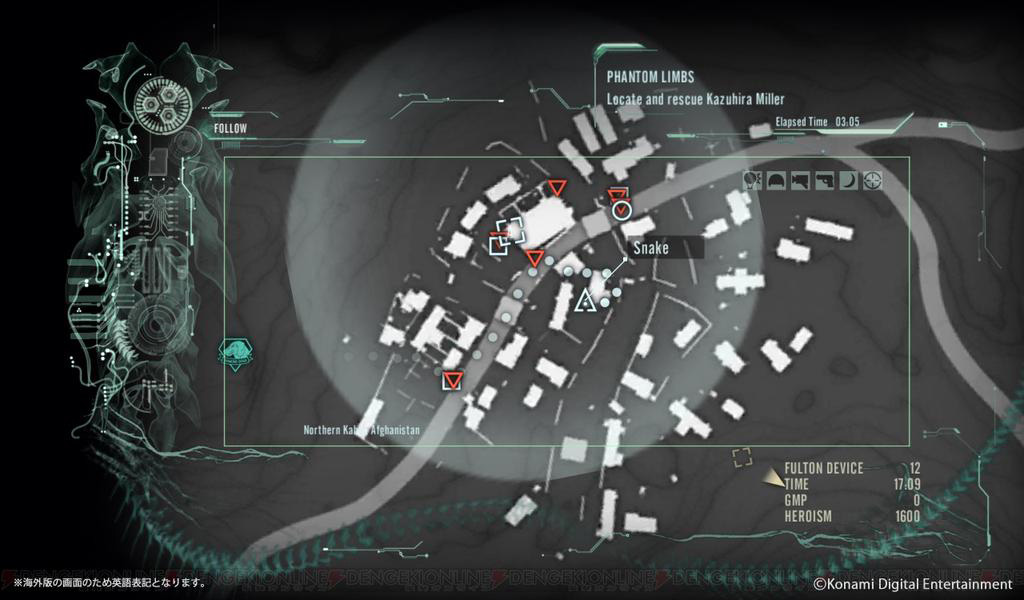 Data mining the Metal Gear Solid V The Phantom Pain companion app has revealed some interesting things on content that’s not available in the game. According to the data, the game was supposed to feature a Diamond Dogs Anthem tape, a Nuclear Disposal Platform for Mother Base, a “Guantanamo” map, which is most likely Camp Omega from Metal Gear Solid V Ground Zeroes. It’s also been discovered that the Battle Gear was going to be a buddy like Walker Gear and not a regular vehicle. Lastly, the app also includes a reference to the Nuclear Disarmament Ending. You can learn more about all this by going here.

Last week a new Metal Gear Solid V The Phantom Pain cutscene has been discovered through data mining. This cutscene has yet to be triggered in the game but it seems like it will play once enough nukes have been built. Many speculated that triggering this cutscenes will also lead to the Nuclear Disarmament ending, which has only been discovered through data mining the PC version of the game.

Metal Gear Solid V The Phantom Pain is now available in all regions on PlayStation 3, PlayStation 4, Xbox 360, Xbox One and PC. We will keep you updated on any new discovery as well as on all upcoming DLC content as soon as more comes in so stay tuned for all the latest news.