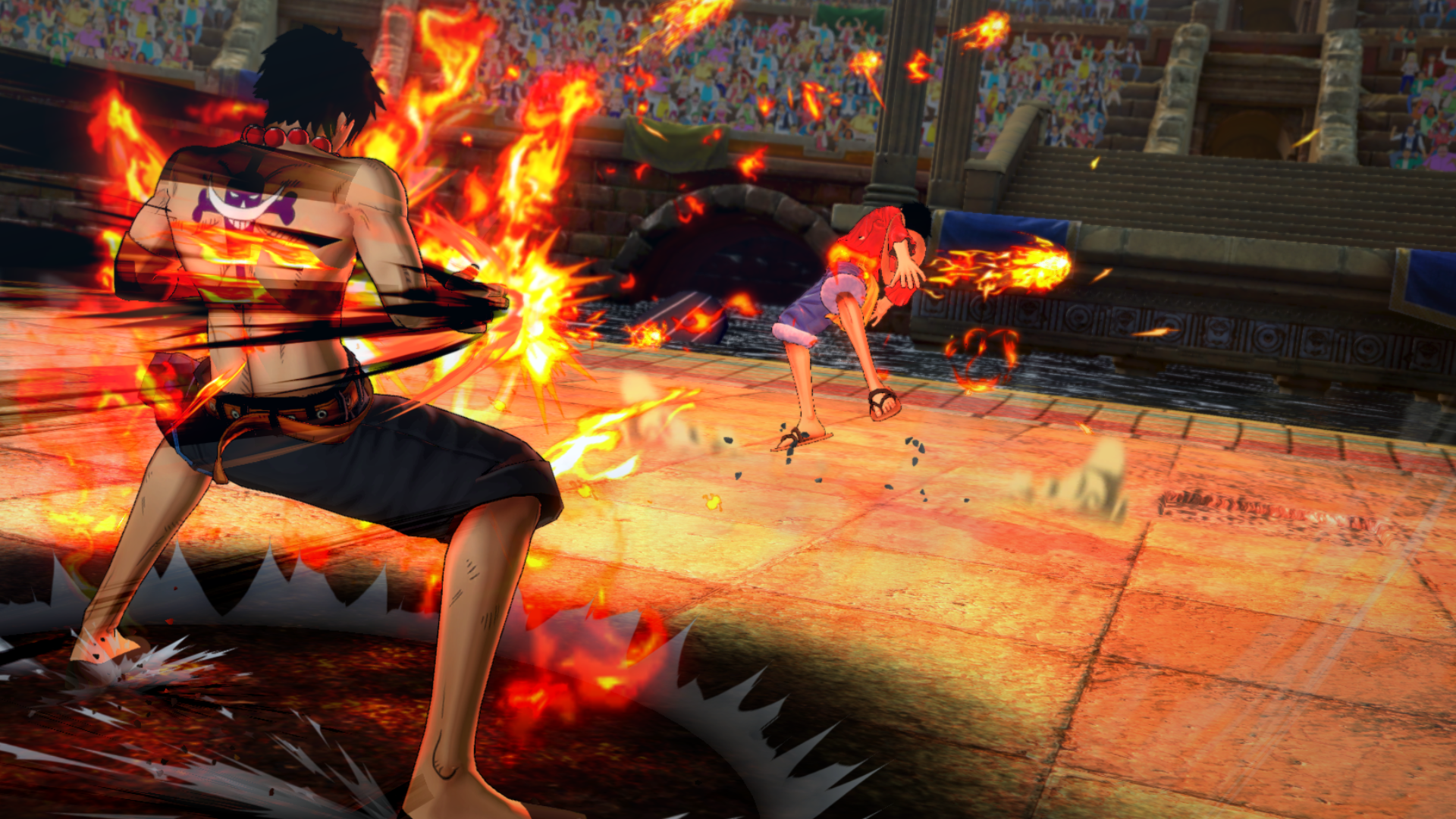 During the Tokyo Game Show 2015 last month several new interesting video games have been revealed for consoles. Among these new titles is One Piece Burning Blood, a new fighting game based on the popular One Piece series created by Eiichiro Oda. Not much is known about the game but we have started learning more about it in the past few days thanks to the game’s Official Website and Japanese magazines. Today we are able to see more of the game thanks to a new batch of screenshots.

The new One Piece Burning Blood screenshots showcase many of the confirmed playable characters such as main character Monkey D. Luffy, Sabo, Portgas D. Ace, Crocodile, Enel and others. As the character roster is going to be made up of Devil Fruit and Haki users, we should expect to see more powerful One Piece character join the roster soon. You can check out the screenshots right below.

The latest issue of V-Jump magazine has revealed last week some interesting new details on One Piece Burning Blood gameplay mechanics. The new game will feature different ways to damage characters with Logia powers. One of them will be with Haki based attacks that are able to penetrate Logia Guard. The magazine has also confirmed that Logia user Smoker will be among the playable characters of the game and that players will be able to switch between partners during a match to avoid attacks and heal damage with the Battle Royale mechanics.

One Piece Burning Blood is currently in development for PlayStation 4, Xbox One and PlayStation Vita and it will be released on a yet to be confirmed date in all regions. We will keep you updated on the game as soon as more comes in on it so stay tuned for all the latest news.

Thanks, The Vita Lounge