The Witcher 3 Hearts Of Stone Review – Dues Need Be Repaid, And He Will Come For You 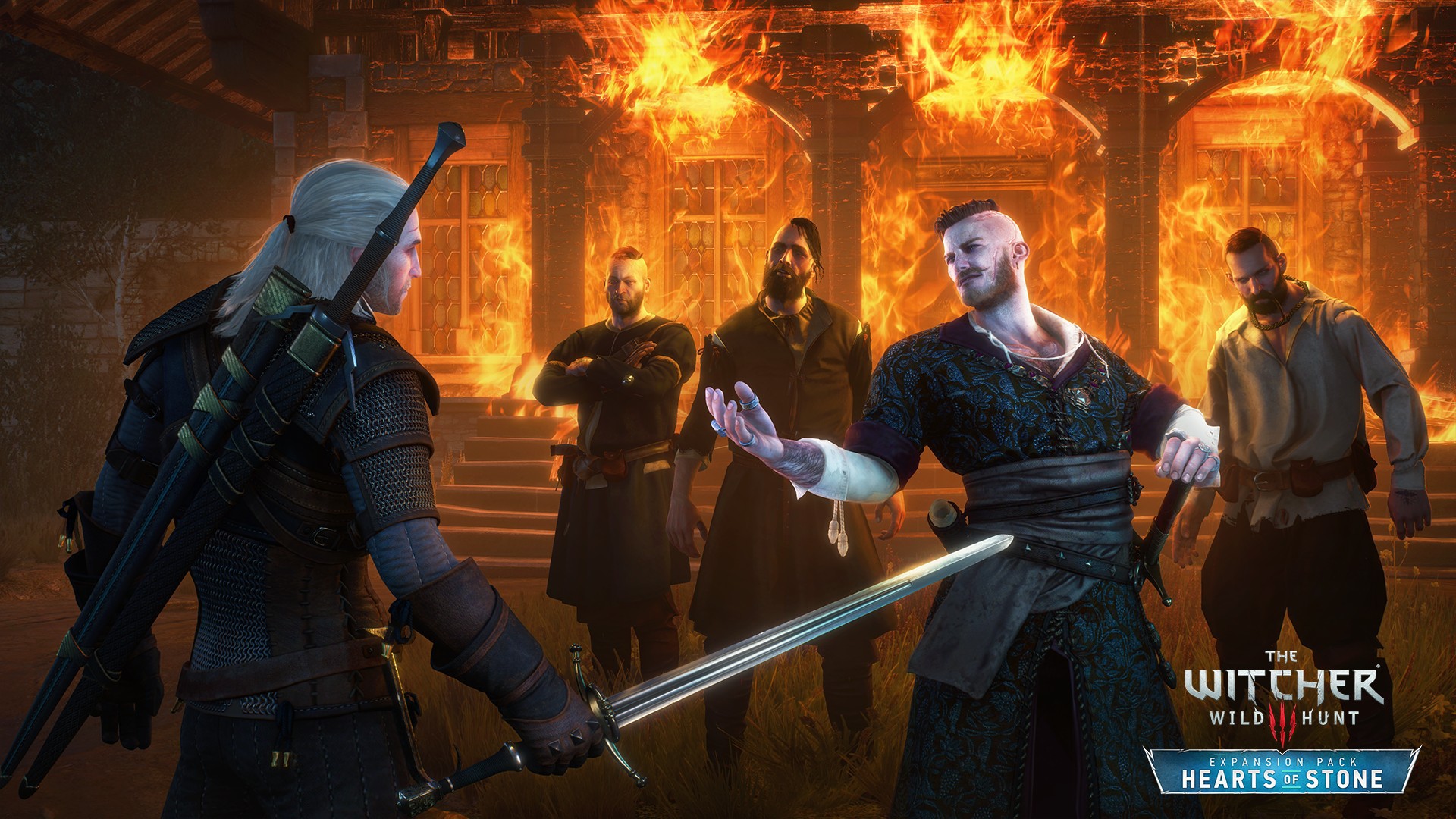 The Witcher 3 Hearts Of Stone Review – Dues Need Be Repaid, And He Will Come For You

The Witcher 3 is a game that needs no introduction. The role playing game developed by CD Projekt RED is a massive open world open game featuring an engaging story, charming characters and some very good quests that take the player in and only let go when the quest is done, like the Bloddy Baron questline where the Witcher Geralt gets involved with a rather dysfunctional family in order to gather information need to complete another quest. More of this has been added to the Witcher 3 by the first expansion called Hearts of Stone.

The Witcher 3 Hearts of Stone main quest is a quest intended for players who have reached level 30 and, as such, it’s quite difficult to complete it as soon as it’s possible to reach the Seven Cats Inn near Novigrad, where the events of the expansion begin. Thankfully it’s also possible to play Hearts of Stone as a standalone with a pre-leveled Geralt and a selection of potions and items. The main story quests of the base game are unavailable when playing Hearts of Stone this way but it’s still possible to complete Witcher Contracts and other sidequests if the player so desires. 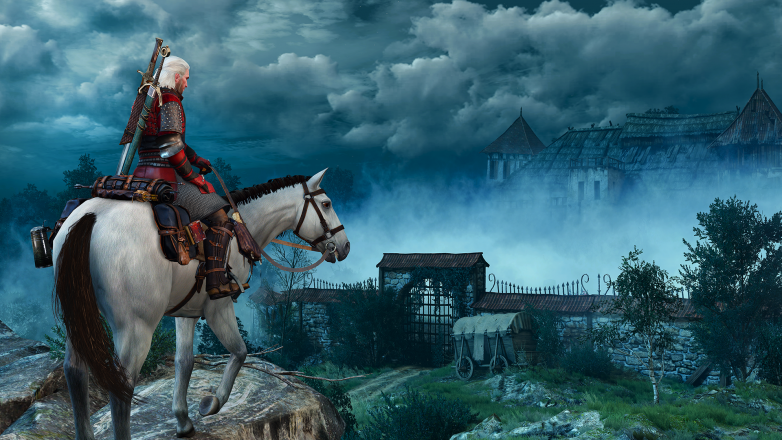 The Witcher 3 Hearts of Stone expansion, unfortunately, doesn’t include any major gameplay change. The only real additions are a couple of skills and Runewright Enchanting which allows players to add a variety of enhancements to weapons and armor pieces by using Runestones. It’s a nice addition but it’s not a really big one, considering  how very few will be able to take advantage of it due to the huge amount of coin needed to enchant items. Not that it’s really necessary, as at difficulty levels below Death March, these enchantments are pretty much superfluous.

With the gameplay experience not really getting expanded, one is left to wonder what Hearts of Stone exactly expands. The map, for starters. Once Hearts of Stone has been purchased, players can explore new areas close to Oxenfurt like a few new villages and Points of Interests such as new Monster Nests and new Bandit Camps, which reward players with a variety of items, many unavailable in the main game such as the Order of the Flaming Rose equipment set and more. The enemy roster has been expanded by Hearts of Stone as well, with players having to fight the new nasty Arachnomorphs, the warriors from the exotic region of Ofier and more. As a book reader, I have been pleasantly surprised by the inclusion of the Ofieri warriors: the region is only mentioned once during one of The Witcher short stories and it’s nice to see the team expand on the world Andrzej Sapkowski created in his novels. 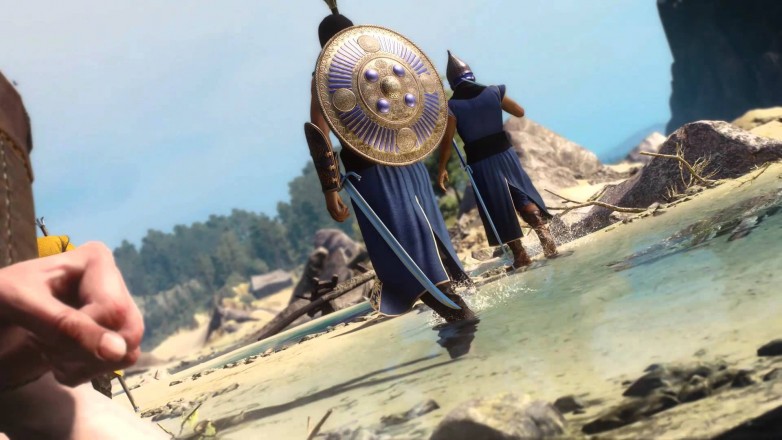 With not much getting added to the game by the expansion, it’s up to the main quest’s story to make Hearts of Stone a worthy purchase for fans of The Witcher 3. The story begins with Geralt, perpetually lacking funds, looking for work near the Seven Cats Inn located not far from Novigrad. A contract pinned on the nearby notice board catches his interest, leading him to meet the charismatic Olgierd von Everec and his gang. Little does Geralt know that this job will lead him to battle truly hellish creatures, receive unexpected help from Gaunter O’ Dimm, the vagrant Geralt met at the beginning of the game in White Orchard and get involved with powers and mysteries that were better left alone. It’s very difficult to say why the Hearts of Stone story is good without spoiling everything but be assured that it’s definitely one of the best quests of the game, a multi-layered quest with plenty of twists, surprises and nice little touches, such as the children singing the Master Mirror song, that make it feel incredibly fulfilling. The return of the medic Shani from the novels and the first entry of the series is also very welcome for long time fans of The Witcher. Making the main quest of Hearts of Stone even more memorable are also some very unique bosses, which are quite challenging at times, choices that can lead to different outcomes and different endings and a permanent change for Geralt that players can talk about with Yennefer, Triss and Ciri, something that makes the events of Hearts of Stone feel truly part the game’s story. 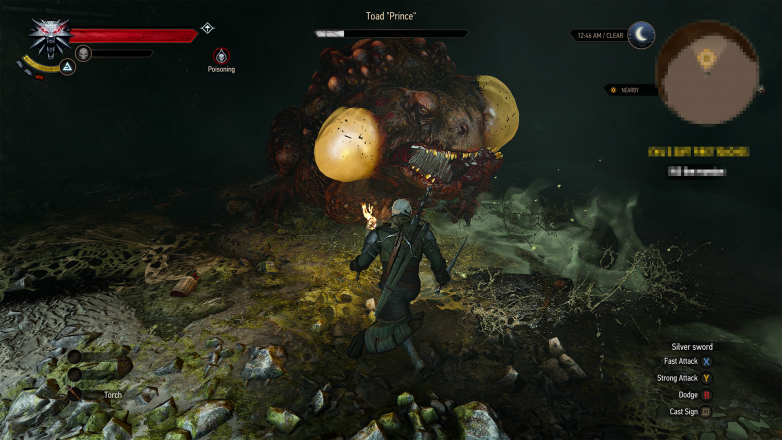 Everything considered, The Witcher 3 Hearts of Stone is a terrific addition to the game developed by CD Projekt RED. The expansion doesn’t include any major gameplay change or feature but the excellent story , intense boss battles and a variety of nice touches make it a more than worthy purchase. Hearts of Stone is simply more of the best features of the Witcher 3, that0s true, but when the quality is so high, there’s really nothing to complain about.