Na’vi Breeze Through NiP to Reach the Finals at DreamHack Open: Cluj-Napoca 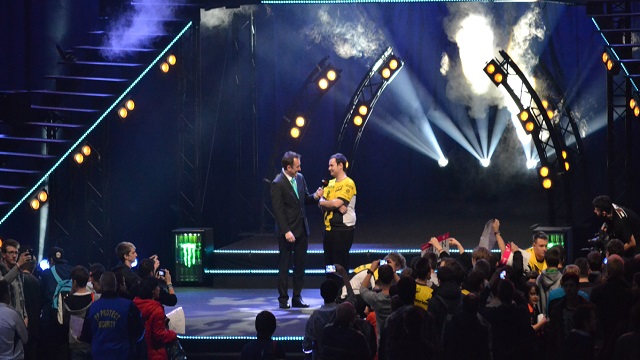 Na’vi Breeze Through NiP to Reach the Finals at DreamHack Open: Cluj-Napoca

Natus Vincere won a dominant 2-0 over Ninjas in Pajamas to advance and face Envyus in the finals at DreamHack open Cluj-Napoca. The scores were 16-3 on Train (Na’vi’s pick) and 16-6 on Dust 2 (NiP’s pick).

The series is best described as Na’vi being able to execute their game plan at will. As one analyst pointed out, Na’vi went up 7-0 on NiP in both maps before NiP could get on the scoreboard, and that’s with NiP starting out on the counter terrorist side of Train. Guardian led his team in kill to death ratio and player rating on both maps. No one on Na’vi died more than 11 times per map. Allu led his team in frags while friberg fell to bottom two despite his extremely impressive performance yesterday.

NiP sat back mostly on Train while Na’vi set up for smokes and site takes. NiP seemed content to allow Na’vi the room to play their game. They were consistently out shot and out maneuvered by the notoriously tactical Na’vi. GuardiaN attributed his team’s success to their being able to get in a rhythm as a team and communicate effectively. Na’vi is known for having quarrels mid-match, as seen during DreamHack Open: Cluj-Napoca, and GuardiaN was very vocal about it being a problem in their win over Luminosity Gaming in the quarter finals.

Despite grabbing three more rounds on Dust 2, NiP’s individual stats were even worse. On a map they beat Team Solo Mid on when they were at their most dominant before DreamHack, NiP looked lost. Xizt only grabbed four kills on the map while Na’vi’s bottom fragger grabbed 14 according to hltv.org. Nip shocked everyone by beating tournament favorite TSM to reach the semis and went on to lose on the same maps by large deficits. It’s such a swing in the opposite direction that it validates the argument that NiP didn’t really beat TSM, TSM just didn’t show up. But NiP did reach the semi finals, which is further than Fnatic, Virtus Pro and TSM. With rumors of a line up change potentially coming next year, NiP’s high placement offers some hope to fans who don’t wish to see the original four members leaving the iconic team.

Na’vi moves on to meet Envyus in the finals. Na’vi lost 9-16 against the French team during the group stages of DreamHack Open: Cluj-Napoca.