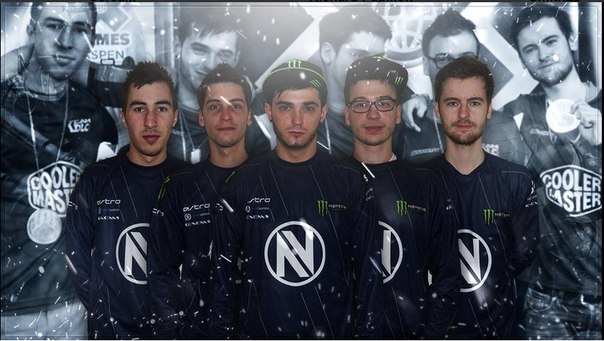 I always say don’t bet on games with G2 Esports–I’m referring to the former kinguin line up–and their performance at DreamHack Open: Cluj-Napoca has been a shining example as to why. Things looked bleak for new definitive front-runner Envyus after G2 came storming out of the gate and over Envyus in a fairly quick 10-16 on Dust 2, the map Envyus infamously choked on with a 14-7 lead against fnatic at esl One: Cologne 2015. The first half was extremely competitive with the teams trading rounds back and forth. Jkaem opened up the second half with a double headshot at the top of mid in pistol round and a triple kill the next. G2 continued to impress the same way they did in their win over Virtus Pro on day three of the tournament, and jkaem is a standout reason as to why. This tournament has been his announcement as a force to be reckoned with on a team who’s skill cap is already nothing short of godlike.

According to hltv.org, jkaem wasn’t the only G2 member to post stellar numbers as dennis led the team in player rating and highest number of kills. Most notably, he aced Envyus to win the sixth round for his team. Dust 2 looked sloppy from Envyus. More than once rounds were decided by kennyS and Happy missing shots rather than landing them. They started off strong by coming back to win a force up on round two after losing the pistol, but G2’s T side proved too potent for them to establish a strong lead.

Moving into Inferno there were a lot of questions. Envy is regarded as one of the best Inferno teams, if not the best, but G2’s line up has produced some strong results on the map in the past. Kioshima came up big for the first time in the tournament on this map on the CT side. He played pit and seemed almost completely ignored by G2 on every push A, both in regulation and overtime. He and NBK both came up huge in overtime as G2 looked to B bombsite rushes. NBK’s auto-sniper seemed unstoppable thanks to his immaculate peeking positions on B. Still, in double overtime, G2 Esports were up three match points on the French favorites and lost not only their lead but the match as well.

Fox was the only G2 member to post a positive kill to death ratio, though two other members posted rating over 1.00. G2’s problem seemed to be communication. Too many times they were being gunned down one by one from flankers and no one would turn to try and trade the kill because no one was warned there was an enemy. This lead to a Kioshima triple kill in round 27. Pressure was mounting on both teams as the rounds piled on, and maybe it contributed to a breakdown in communication or a general confusion on G2. Both teams were showing signs of wear and tear as the game rolled on. Despite a strong performance, kennyS looked like a mess, constantly chewing his fingers and shaking. He lost a duel and lost his composure, but he wasn’t the only one. The smiles began to fade from G2’s face after they lost their 3 match points in overtime.

G2 looked like another team on Cache. Little mistakes like not clearing catwalk when entering A site contributed to huge plays like a 4k by apex, who not so quietly had his best map of the series, going so high as to top frag for his team. G2 looked calm at the 10-5 half thanks to a 1v5 clutch ace by Rain, who was entertaining throughout the entire series. Soon after though, things started to unravel. In round 18, Kioshima out shot maikelele, who’d have done him in with one bullet, in a 1v1 and maikelele screamed and slammed his fist on his mouse pad.  The final round was indicative of the lack of communication as happy flanked three CT’s highway and nabbed a 3k. No one was watching mid, no one turned to return fire and no one survived. Still, G2 should be proud of the way they performed at this tournament.

Envyus move on as the favorite to win and await the winner of Ninjas in Pajamas and Natus Vincere.