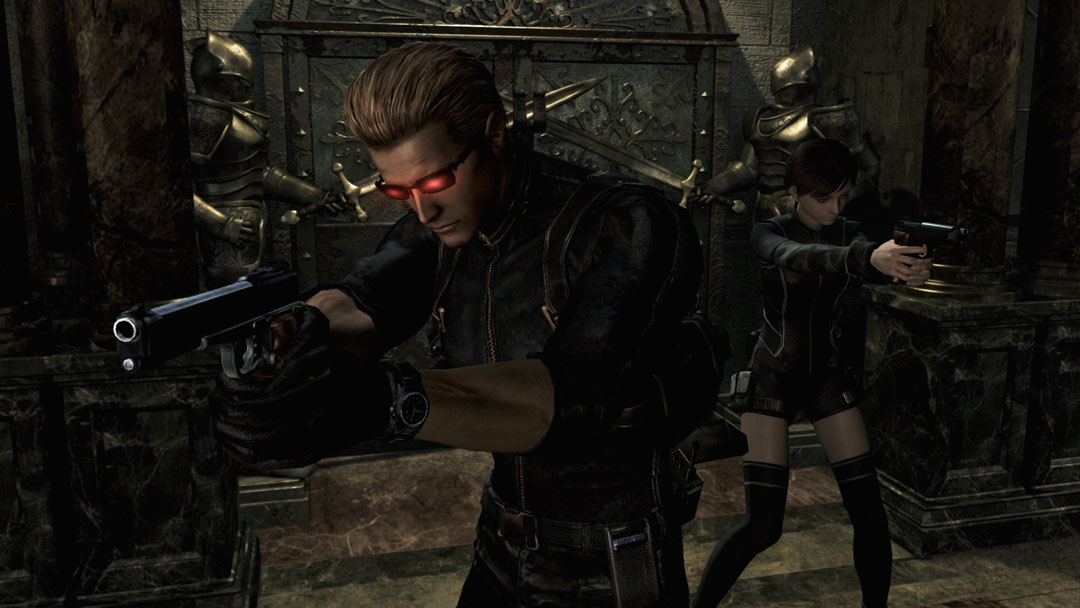 Resident Evil 0 HD Remaster, the HD remaster of the entry of the series originally released on Nintendo GameCube years ago, isn’t going to be a simple HD remaster but it will also include a variety of new features not found in the original release such as the very interesting Wesker mode which will allow players to control the series’ villain during the game’s main campaign. A new batch of screenshots has been shared online, showcasing this mode.

The new Resident Evil 0 HD Remaster Wesker Mode will play differently than the regular campaign as Wesker comes with some special abilities. As previously revealed, Rebecca will also sport a brand new costume when playing in Wesker Mode. You can check out the new screenshots right below.

Resident Evil 0 HD Remaster has been shown in recent times during the latest episodes of the Capcom TV broadcast alongside other high profile Capcom titles such as Monster Hunter X and Monster Hunter Stories. With the game getting closer to release, we will surely hear more about it in the next few days.

Resident Evil 0 HD Remaster isn’t the only entry of the series in development by Capcom. A little while back Capcom confirmed that a new version of the classic Resident Evil 2 is going to be released soon. Not much has been said about the game but it’s been revealed recently that it’s going to be a remake and not a remaster.

Resident Evil 0 HD Remaster will be released next year on January 19th in North America and on January 22nd in Europe on PlayStation 3, PlayStation 4, Xbox 360, Xbox One and PC.

The Division Beta delayed till 2016, Alpha coming to Xbox One this week
Tales Of Series Latest Information To Be Shared During 20th Anniversary Party Next Week