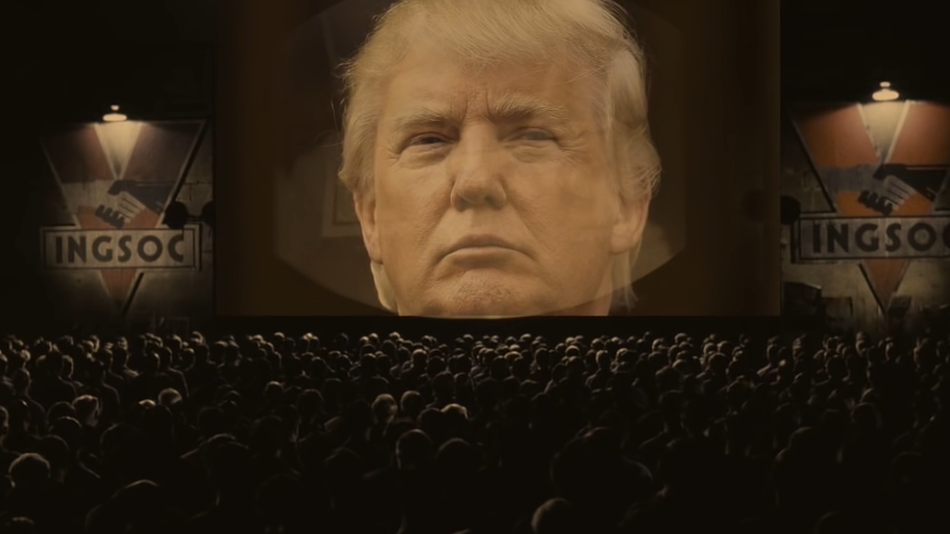 It’s no secret that Donald Trump’s presidency is controversial. With only 46% of the popular vote, the majority of the country is against him and it’s definitely showing in current events. With literal millions of people joining the Women’s Marches around the world, it’s clear that Americans are angry and scared. They have right to be, too, with a Republican-controlled congress pushing out anti-environment, anti-woman, anti-healthcare, and anti-LGBT legislation with increasing speed.

America’s political sentiments have seemed to carry over into their literature choices, with George Orwell’s dystopian novel ‘1984’ topping Amazon’s best-seller list. The title also sits at number six on Apple’s iBooks App. A spokesman for the publisher of the book spoke to CNN and said that while sales typically spike at the beginning of the year due to the book’s inclusion in school curricula, they’ve seen a huge spike in sales resulting in printing orders that are much bigger than usual:

“We put through a 75,000 copy reprint this week. That is a substantial reprint and larger than our typical reprint for 1984.”

Donald Trump’s habits from the campaign trail have carried over to his presidency, with flat-out lies about his inauguration attendance causing his administration to scramble and label them as “alternative facts”. With government scientists silenced by a gag-order to avoid spilling facts about Trump’s disregard for the environment, the first few days of Trump’s legislation are honestly terrifying, dystopian, and likely an omen of worse events to come. With the “capability for success” of a president often tied to their actions in the first 90 days in office, it could be a rough four years.