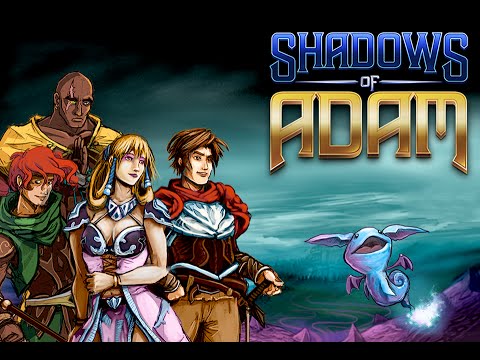 Shadows of Adam, a JRPG developed by indie studio Something Classic Games, will be releasing for PC, Mac, and Linux on February 23rd. Shadows of Adam is a “love letter” the JRPG genre, and tells the story of a legendary hero named Orazio. This hero disappears, leaving behind a daughter, son, and a “dark secret”. Darkness encroaches on the village of Adam, and with Orazio nowhere to be found, it’s up to his children Kellan and Asrael to rescue their village and uncover the secret behind Orazio’s disappearance.

In a press release, Something Classic Games’ creative director Tim Wendorf detailed more about what to expect from the game:

“It’s an honor for us to provide Shadows of Adam in its entirety to newcomers, and of course our Kickstarter supporters, followers, and fans finally getting their full course meal! This game is our tribute to an industry which has consistently rewarded its followers for decades by offering classic after classic to keep even the strongest and most unique RPG urges satiated.”

Though the game pays homage to the classic JRPGs, players will be able to explore a beautiful, hand-crafted environment without forced random encounters. “Players will also experience a completely unique AP battle system that encourages skill use and fast-paced combat.”

For more information on Shadows of Adam, check out the official site and the trailer featured below.