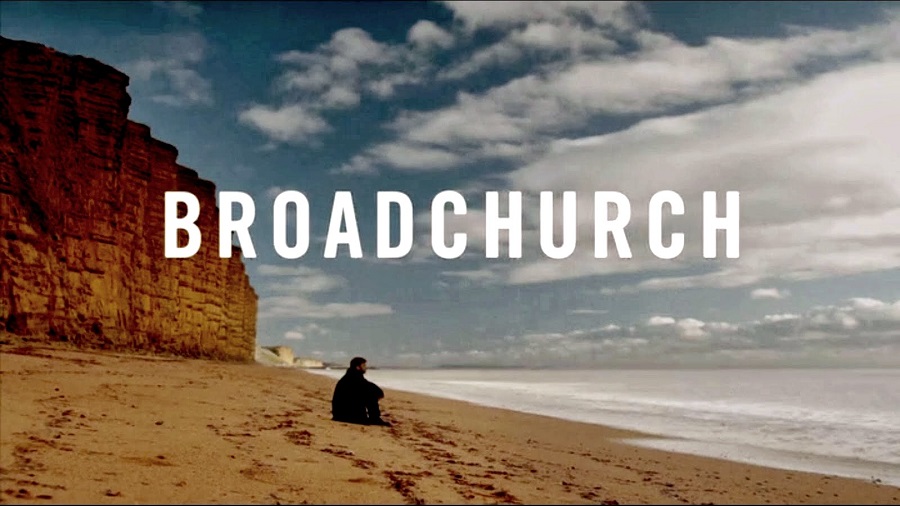 Mention you watch a British TV show to most Americans and their eyes glaze over. In their minds they imagine stereotypical British people, drinking tea, knitting, and being emotionless. They are so wrong about British dramas. By far, their dramas are more realistic, more heartbreaking, and more devastating than any American Drama. The crime drama Broadchurch is a wonderful example of this.

Broadchurch stars David Tennant as DI Alec Hardy, and Olivia Colman as DS Ellie Miller. The first season starts with the murder of Daniel “Danny” Latimer (Oskar McNamara) in the sleepy beach town of Broadchurch. A tight knit community where everyone knows everyone, or at least they think they do. As Hardy and Miller investigate Danny’s murder, secrets about the town’s residents come to light. In addition to the investigation, we see how Danny’s murder affects his family: mother Beth Latimar (Jodi Whittaker), father Mark (Andrew Buchan) and older teen sister Chloe (Charlotte Beaumont). Danny’s murder becomes page one media. But slowly dies away because Danny as one reporter puts it ‘isn’t a blonde haired blue eyed girl’. The police are also unprepared for such a case and make many missteps in the investigation.

Each episode keeps viewers guessing and speculating to who murdered Danny. And the deatils of how it came to be that his body wound up on the beach. While second season deals with Danny’s murder trial and the fallout from the events of Season One. It also covers solving a previous mystery investigated by DI Hardy. The third season is a whole new story involving the sexual assault of an older woman. It also features the Latimer family as they continue to move after Danny’s death.

Broadchurch is a well timed crime drama seeped in realism. It lacks all the soap opera stereotypes that constantly flood drama shows in America. With that being said, do yourself a favor and avoid the American version called Gracepoint.