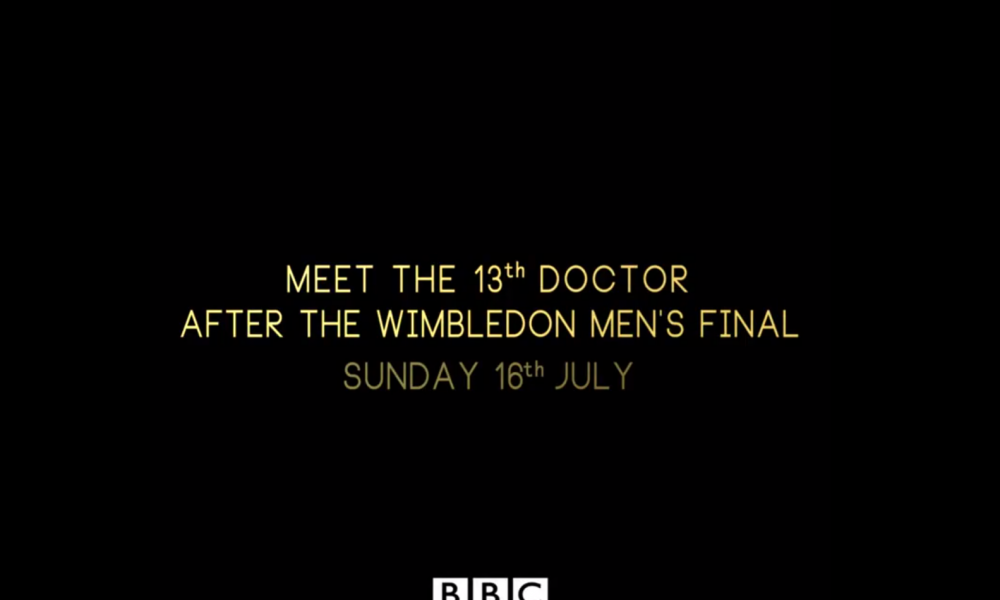 This Christmas, for the first time ever, the clock will strike 13. With it being long confirmed and painfully certain that Peter Capaldi will be stepping down from his role as the Doctor, the Doctor Who twitter released a teaser video today announcing the new Doctor will be revealed this Sunday, July 16.

Capaldi was a major departure from the status quo of the show, from the kind-hearted confidence of David Tennant to the lovable quirks of Smith. 12 even differed greatly from Eccleston’s 9. For the last three seasons, we’ve been given the chance to look at a more grizzled Doctor. While still the “silly old Doctor,” we saw the story of a man with too much blood on his hands, wondering if he’s a good man.

We were gifted a resolution to this question with a breathtaking performance on Capaldi’s part in the Series 10 finale. The Doctor Falls served as a wonderful wrap up to the story of a conflicted, pained Doctor. With Capaldi we got instant classics like Heaven Sent, Listen, and Face the Raven. We’ve been through two companions in Clara and Bill, both of their stories being tied up in typical Steven Moffat fashion. Of course, it must come to an end, and now a new Doctor (and showrunner) are poised to take over. Capaldi will regenerate in the upcoming Christmas episode.

Moffat, leaving the show after 10 seasons, 6 of which spent as showrunner, will be replaced by Chris Chibnall. Chibnall was head writer on Who spinoff Torchwood, along with writing 5 episodes of Who itself. His credits include 42, The Hungry Earth, Cold Blood, The Power of Three, and Dinosaurs on a Spaceship. He’s also the creator and showrunner of Broadchurch, whose finale aired this past April.

Whoever the role goes to, we can expect the next series, with an all new Doctor and showrunner, to take a different direction than the previous few series has. The BBC will announce the next Doctor Who lead at the conclusion of Wimbledon this Sunday, July 16!