Ashes of Creation: Next Big MMORPG? 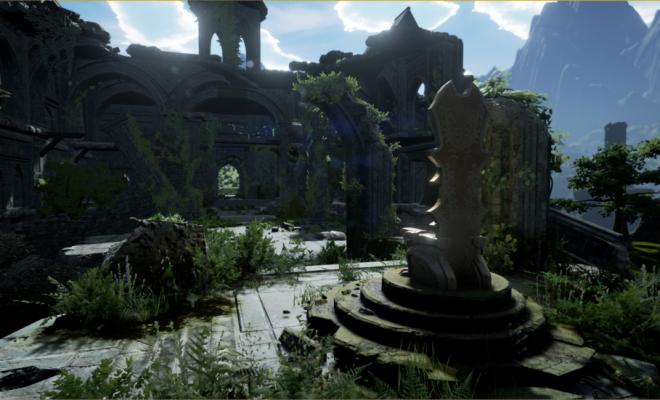 Ashes of Creation: Next Big MMORPG?

Raise your mug for the latest adventurer to the bar! Ashes of Creation is the latest MMORPG making headlines in the gaming world. Once it showed its stuff to the gaming world on Kickstarter in early May, everyone took notice. Boasting a huge world filled with new and exciting possibilities, made by a veteran team Ashes of Creation looks special. Intrepid Studios, the developers behind AoC are promising an open economy, refined gameplay, and the major hook called a “node system”.

The World of Ashes of Creation

An MMORPG can only go as far as its world. Even if it has good mechanics and characters, the world world needs to hold the players’ imagination. The world of AoC is an open world, non-faction based, high fantasy world with its own special sauce. That special sauce, is the node system. Nodes are areas of influence throughout different parts of the map. As the players in areas level up, so too will the nodes and the civilizations in them. Sort of like the way cities are built in Civilization.

“We want the world to react to the player.” – Steven Sharif, Creative Director

The way that players interact with the environment changes the way the environment reacts to it. The developers noted that if a civilization near a mountain grows to large, it may trigger a dragon erupting from the mountains. The dragon will rain hellfire on the city below and the people will need to either leave, or fight for their home. As players interact with servers differently, the players will create their own story  with it.

“Each server is going to have its own story.”

Every city is at risk of attack though. While there might not be any automatic factions, alliances and enemies will form. So if you’ve got a nice and cozy home in the market section of some big city in the desert, be ready. Any time someone could come and attack the city. PVP is a major talking point from the game developers who mentioned a robust siege and guild system, along with dedicated battlegrounds.

The Economy of Ashes of Creation

One of the biggest criticisms made towards other MMORPGs was a lacking economy system. Intrepid Studios didn’t want the money system to be a simple global auction house. Ashes of Creation emphasizes the economy system by breaking it into the nodes/regions. Each region has a certain independent focus created by players and the environment. There is no global auction stage, and players need to buy, sell, trade, and craft everything they need. Each city will have its own competitive advantage and disadvantage. That means special equipment might only be available three towns over. This means players will need to utilize the caravan system. The caravan system allows the transfer of goods from areas to other areas by players taking them. Which would be ripe for the thieves guild to steal from.

Narrative of Ashes of Creation

When players start out in different areas, they’ll be surrounded by nothing but wilderness. The story starts from the ground up by requiring the players to build their civilizations and start their own stories. With the player reactive world building, every player will experience a different story. There is going to be an overall story that is told to the players however. And the game plans to tell is to tell the narrative system in three ways. Players will experience the story in tasks, events, and through the overarching narrative. The tasks will be the day to day quests players work. Events will be exactly that, pre-planned scenarios that will happen to the players. And the overarching narrative will be what the players experience over the natural evolution of the server. The goal will be for each server to tell a different story, told by the players.

The team behind Intrepid Studios is not some ragtag group of Joe schmoes. Intrepid Studios has a serious amount of experience under their belts. The team has worked on major projects like Star Wars Galaxies, the PlanetSide, and EverQuest Series, XCOM Enemy Within, & Vanguard Saga of Heroes. They want to make a game that isn’t like all the other MMORPGs coming out nowadays. Games that they consider cash grabs and simple pay-to-win garbage. (Although they didn’t use the word garbage in their description.)

Ashes of Creation came in with some serious goals. Despite having a $750,000 initial funding goal, it didn’t take long to move onto the stretch goals. In less than two full days on Kickstarter, Ashes of Creation was successfully funded. All in all the game added on seven different stretch goals for funding over $3 million! Some of the stretch goals included things like Parlor Games, Group Mounts, new locations and a new race. But the most impact-full one might have been the last stretch goal. Introducing a new financial systems with in-depth economic performance metrics for Commodities, Trade Routes, Wars, and Raids.

MMORPGs have started and ended with WoW for the longest time. Maybe this will be the game that breaks from the mold and truly does something different with the genre. Only time will tell, but this is one hell of an opportunity for everybody. I know I’ll be helping build my story there. Will you?