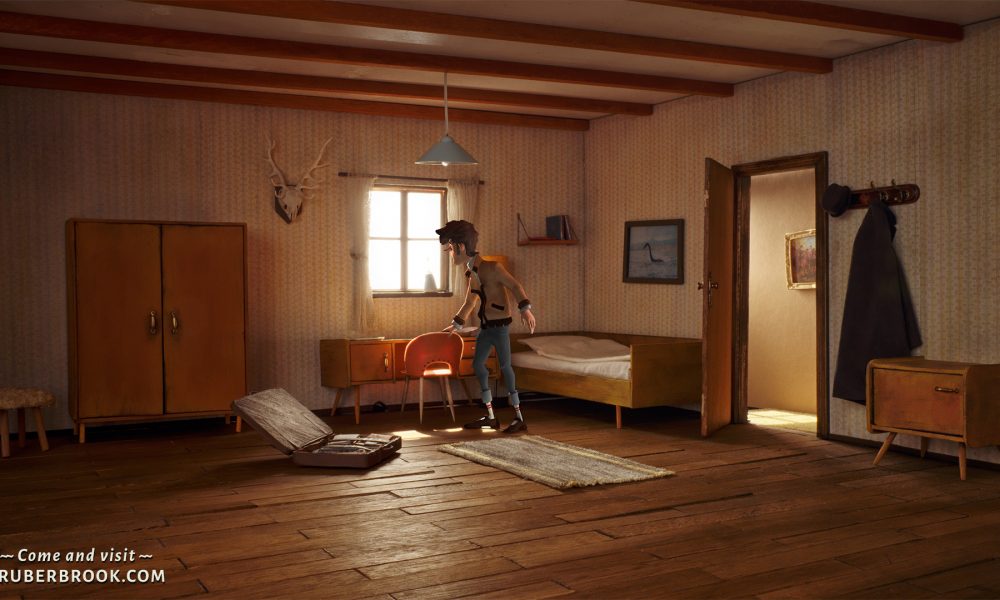 Everyone has an idea for a Kickstarter campaign: a resurrected cult classic TV show, a new game console, a morbidly hilarious card game. You name it, someone’s probably already thought of it and put it on the site. But, occasionally, someone comes up with a unique idea that, while novel, is still familiar in a good way. That’s what gamers will get with Trüberbrook.

According to the campaign page, Trüberbrook is a “sci-fi-mystery graphic adventure” that takes place in the remote, 1960s cold-war Germanic village of Trüberbrook. Players will take the role of Hans Tannhauser as they explore the village after winning a trip to the town in a lottery, but they will quickly discover not everything is as it seems and what started as a vacation will end in a frantic race to save the world.

The studio, btf, has taken inspiration from numerous sources. The gameplay is reminiscent of old point and click games such as Monkey Island, while the story takes cues from The X-Files, Stranger Things, Star Trek, and Twin Peaks. But, the graphics are by far the most impressive aspect of the game; I’m not saying the story is bad, just that art style is drop dead gorgeous. The game is a mix of CG graphics made to look like claymation puppets superimposed on handmade sets digitized into the game via photogrammetry. The end result is a visually stunning and beautiful game world that doesn’t look like anything any gamer has ever seen before; even fully (and amazingly) claymation-animated games such as Armikrog pale in comparison to Trüberbrook. Oh, and the game will be available in both English and German/Deutsch.

As with most Kickstarter campaigns, Trüberbrook comes with a bevy of backer tiers and rewards. Rewards start as low as €5 ($5.88) with an exclusive digital wallpaper, but gamers who want the game need to pledge at least €25 ($29.38). The highest tier, €3,000 ($3,525.87), contains a unique scenery model used in the game, five Kickstarter exclusive game boxes that contain Steam keys, five early access Steam keys, two signed and numbered printed artbooks, five digital artbooks, five digital soundtracks, five sets of digital wallpapers, credit as an Associate Producer, and the placement of the backer’s name in a prominent spot in the game.

If Trüberbrook‘s gameplay and story is half as engrossing as its art style, the game just might be a contender for game of the year when it releases in 2018.