Miriam Shows off Her Fashion Sense in Bloodstained: Ritual of the Night Update Video 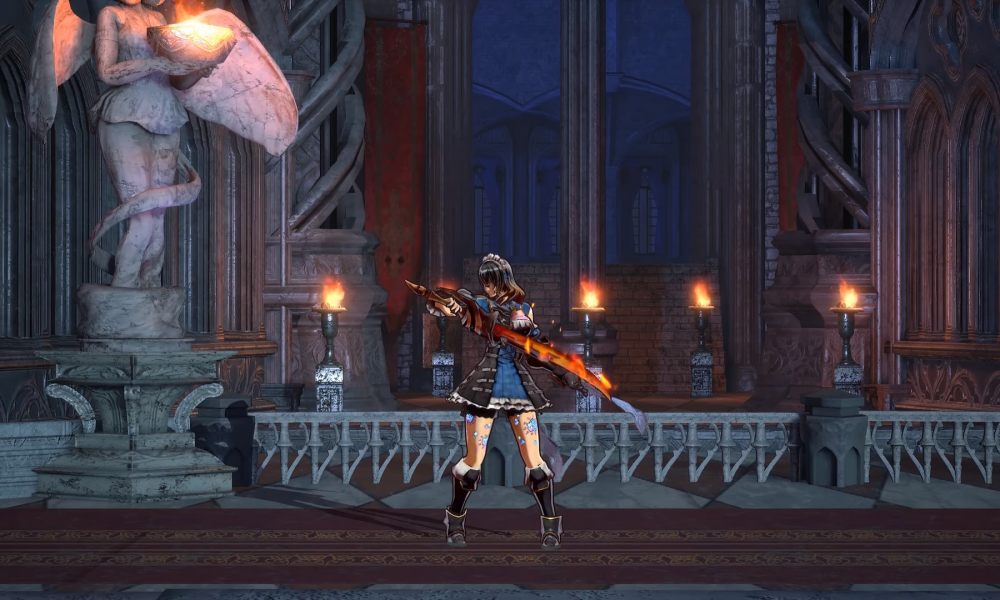 Miriam Shows off Her Fashion Sense in Bloodstained: Ritual of the Night Update Video

The last time Koji Igarashi posted an update video for Bloodstained: Ritual of the Night, a lot of viewers noticed that the “Beast Beret” placed a fur hat on the character model of the game’s protagonist, Miriam. Now, Igarashi has confirmed in the latest video and Kickstarter update that the game will include numerous cosmetic options for Miriam, not just hats.

The video, dubbed the “Miriam Fashion Show,” demonstrates how radically Miriam’s appearance can change. Players can equip different headpieces, including rabbit ears, a maid headband that is similar to those worn by women who work in Akibahara’s famous maid cafes (yes, those actually exist), and a hairstyle that wouldn’t be out of place in an episode of Dragon Ball Z. Also, for some reason, Miriam has long elf ears for part of the video, which will likely either be included with certain headpieces or some other cosmetic accessory.

Players will be able to customize Miriam’s appearance with more than just hats and hair. Miriam will be able to equip various scarves, including the blue scarf shown off in several pieces of concept art, a ragged scarf that’s so short it might as well be nonexistent, and a pink rabbit-themed scarf. And, speaking of equipment, since Bloodstained: Ritual of the Night is the spiritual successor to Castlevania: Symphony of the Night, players will be able to find and equip countless weapons, each with their own model.  These include pink rabbit shoes that replace Miriam’s regular boots (I’m starting to sense a pattern here with these rabbit-themed items), a blue rapier and dagger adorned with crystalline roses, a flaming sword, a katana, an elaborate halberd, and a large double-headed axe that casts a shadow even when its not visible (that’s probably just a bug).

Also, before I forget, Igarashi took this opportunity to introduce a new enemy: the Giant Rat, better known as the R.O.U.S. And damn, does it look mangy. I feel as though I’d catch a deadly disease just by being in its general vicinity.

Every update makes Bloodstained: Ritual of the Night look more and more impressive. I can’t wait until it’s released.