A Girl And Her Super Pig: Okja 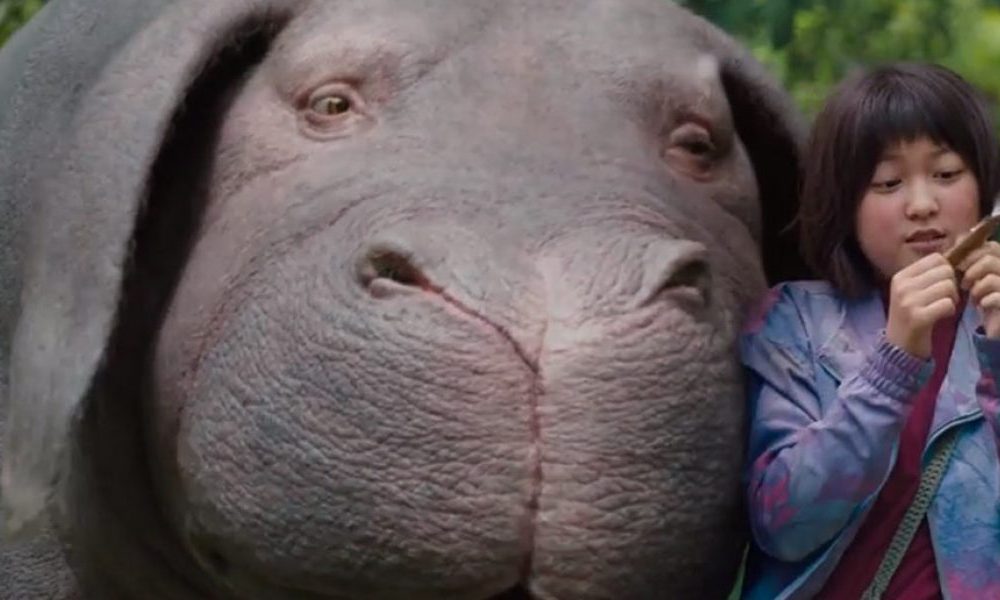 A Girl And Her Super Pig: Okja

Netflix has been branching out more and more with movies as of late. It’s most recent film Okja brings stars of both the western and eastern worlds together. The story covers many intense themes some that might be too dark for younger children.

The movie starts with the CEO of a meat company Mirando Lucy Mirando holding a press conference in a former Mirando slaughterhouse. She tells the press how there will soon be a shortage of food leaving millions to starve. However her company has come across a miracle to help solve this issue, a super pig. A hippo sized pig creature that will produce a small carbon footprint, doesn’t require much to eat, and everything on it will be usable for consumption. The company sends 26 super piglets to 26 farmers across the world to be raised by the farmers and monitored by Mirando employees. In 10 years when the Super Pigs are fully grown Mirando will send Animal celebrity Dr Johnny Wilcox to judge each Super Pig and crown one Super Pig to be the number one Super Pig in the world. The winning Super Pig will be sent to New York to be presented to the world in a huge celebration. Of course in addition to be the biggest and the prettiest Super Pig it also has to be as Lucy puts it “Frigging Delicious”.

We fast forward 10 years later to Korea where Mija has formed a strong bond with her Super Piglet Okja. Her grandfather runs the farm and lead Mija to believe that he bought Okja from Mirando. However this turns out to be a lie when Okja wins the Super Pig contest and is taken away from the farm.  Mija then sets on a wild adventure to save her beloved friend from slaughter. She runs into an animal rights group called the Animal Liberation Front who want to use Okja to expose the truth about where the Super Pigs come from.

Okja is a gem of comedy, but also one with a strong dose of drama. It is a dark look at corporations and the inhuman big business production of raising and slaughtering animals for their meat. The ending is a bittersweet one and dipped heavily in reality.

Tilda Swinton who plays Mirando CEO Lucy Mirando is always a powerhouse in the roles she plays and in this one she plays her roles flawlessly.

Paul Dano who plays Jay the leader of the ALF is a truly talented actor. He pulls off a smooth suave yet emotional character flawlessly.

I really enjoyed this film and the collaboration of eastern and western stars. For many westerners we only get to see famous Eastern actors in Typecast or small side roles however in Okja everyone gets a solid part and Ahn Seo-hyun who plays Mija is a powerhouse in this film. I hope to see more of her in future movies.