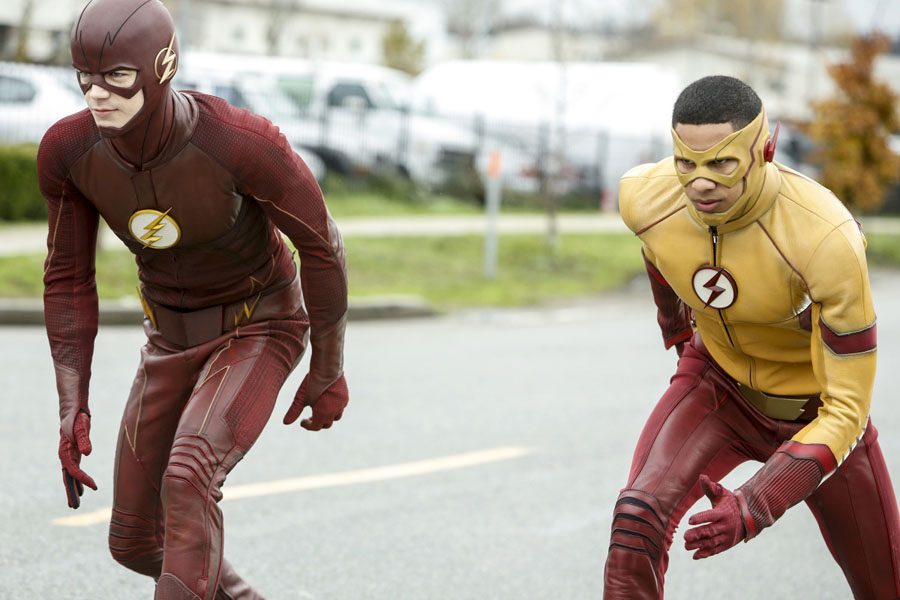 The Flash Season 4 has begun filming and speculation has escalated on where the CW’s hit show will go next. We’ve received a ton of information about all the CW’s DC television shows since they wrapped up their individual seasons in May, but we still don’t really know all that much. The most recent bit of information that we got came from Twitter. Actress Candice Patton, who plays Iris West on the show, tweeted out a picture of Keiynan Lonsdale (Wally West) that caused some fans to jump to certain conclusions.

*Spoilers for The Flash Seasons 1-3 ahead. Proceed at your discretion* 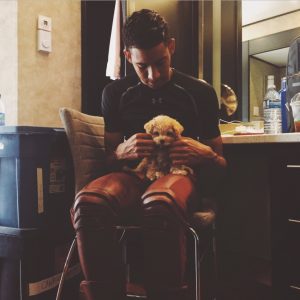 People seemed to think that, because Kid Flash is wearing red tights in this picture, he’ll be wearing a full red Flash outfit. This became a prevailing theory after Barry Allen, the show’s Flash, ended up stuck in the Speed Force at the end of season 3. With Barry gone, Wally seems the most likely candidate to take up the mantle of Scarlet Speedster.

Season 4 is looking to take some pointers from The Flash: Rebirth storyline in the comics. In it, Barry Allen escapes the Speed Force after being trapped there for 20 years in our time. During that time, Wally West had taken up the mantle. Despite the obvious influence, there’s absolutely no way that they’ll do this storyline completely.

No matter how many episodes Barry is gone, it would be a huge risk on the CW’s part for him to not be back for the big Arrowverse crossover episodes. Not only have those episodes traditionally been the eighth episode of every show’s season, the showrunners hinted they may be doing this year’s crossover even earlier. This means that whatever story they have for Barry in the Speed Force needs to be wrapped up before that point. That is unless the focus of the crossover will be on getting Barry back, but I doubt that the Green Arrow or Supergirl will be able to do much about that.

There’s also a lot of unresolved story with Barry’s character. The entirety of season 3 was focused on his eventual marriage to Iris. Now that the season is over, they’re engaged, and there hasn’t been a wedding between the two, this would end up being a huge amount of wasted time if Barry didn’t come back.

Another big plot point that needs to be addressed is the future newspaper that has been a lore focal point since season 1. Not only does the return of the Reverse-Flash after his death in Legends need to be explained, but plenty of other things as well. Wayne Tech and presumably Bruce Wayne himself need to be introduced into the story due to a merger with Queen Industries. This also means that either Green Arrow or his sister Thea need to be CEOs of a big company with their name again. Some other big explanations that need to come are why Star City is going by its old name of “Starling City”, the return of characters like Atom and Hawkgirl from their own adventures, Joe West being police chief, etc. All of this has to be tied into a story that this article gets at with Barry at the center. This is the case since he is directly referenced by a photo taken of him in the article, confirming him to be the Flash in this story with no mention of Wally/Kid Flash.

There is definitely a precedent for Wally to become the Flash, but Barry Allen is the show’s main character. They could change that if they wanted, but that could potentially be detrimental to the fan base, despite how many of its fans grew up with Wally West as their Flash. We’ll no doubt get some more snippets of information as comic con comes around the corner. Until then, my theory is that there’s no way they’ll take such a risky move.