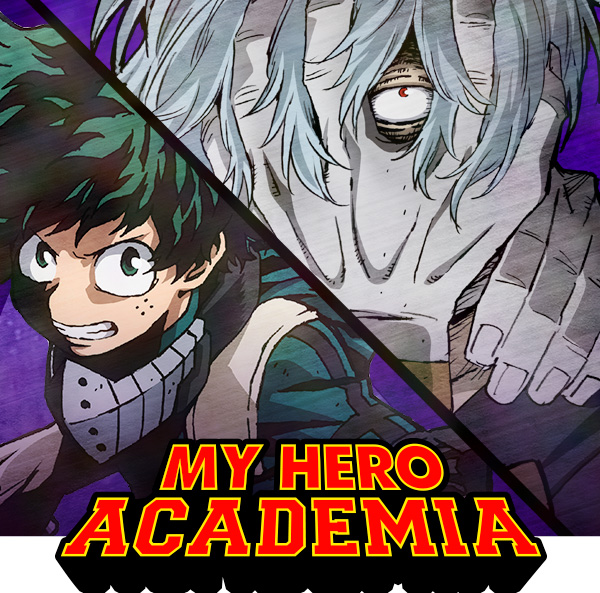 Fans rejoiced when Funimation announced in March that My Hero Academia Season 2 episodes would air with an English dub only mere hours after airing in Japan. Funimation at first set a limitation that this arrangement would only last for the first six episodes of season 2. Somehow, they kept the same day dubs coming far past episode six. Episode 14 of My Hero Academia aired its English dub last week, still just hours after first airing in Japan. Although this has been great for fans, the age of same day simul-dubbing has come to an end. An email was sent out earlier today stating that beginning with episode 15, dubbed episodes of My Hero Academia will now release two weeks after they first air on Japanse television. 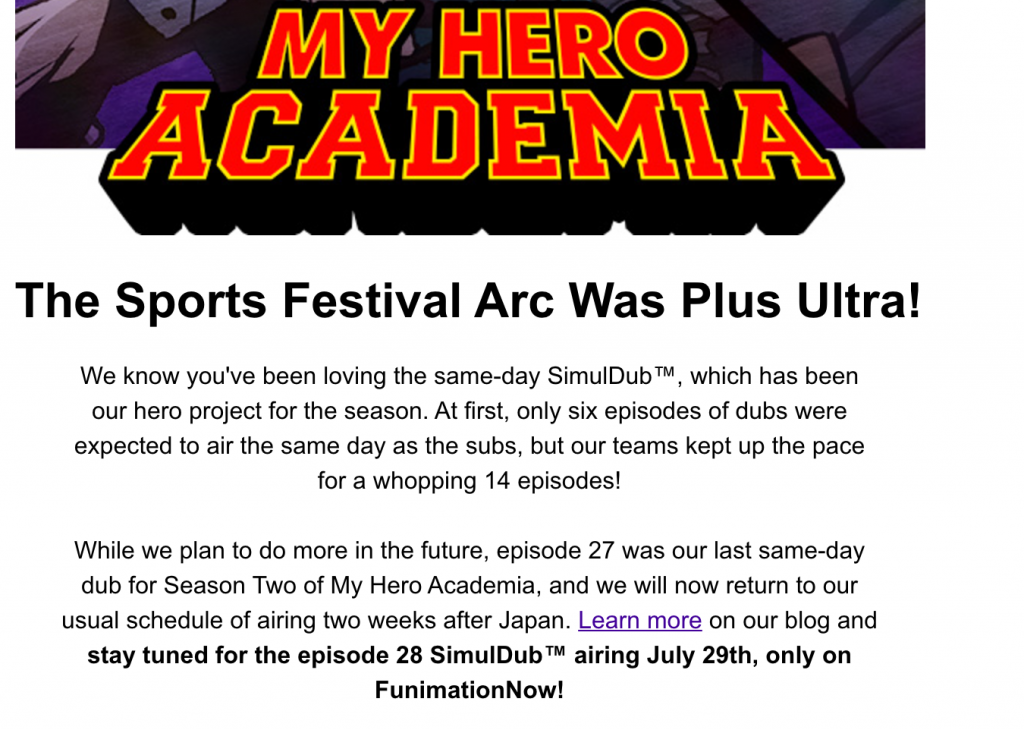 This news hits fans hard, as many enjoyed having an alternative to watching My Hero Academia subbed. Some even felt that English fit the superhero show even better given its heavy western sources of inspiration. Luckily this break will give new fans two weeks to catch up on My Hero Academia, the show that has been called Naruto’s successor. Since its debut My Hero Academia has consistently topped the charts in both America and Japan. You could often find one of the series multiple volumes topping the New York Times Graphic Novel best seller charts.

Episode 15 of the popular superhero anime will be available with an English dub on Funimation.com in just two weeks, on July 29th. Until then, you can watch My Hero Academia with English subtitles (if you so choose) on Saturdays at 4 am EST through either Crunchyroll or Hulu. You can also catch up with either the dubbed or subbed version via those same channels.

How Wonder Woman Will Change Writing, Forever
Giving Away Legendary Pokemon Makes Them Less Than Legendary