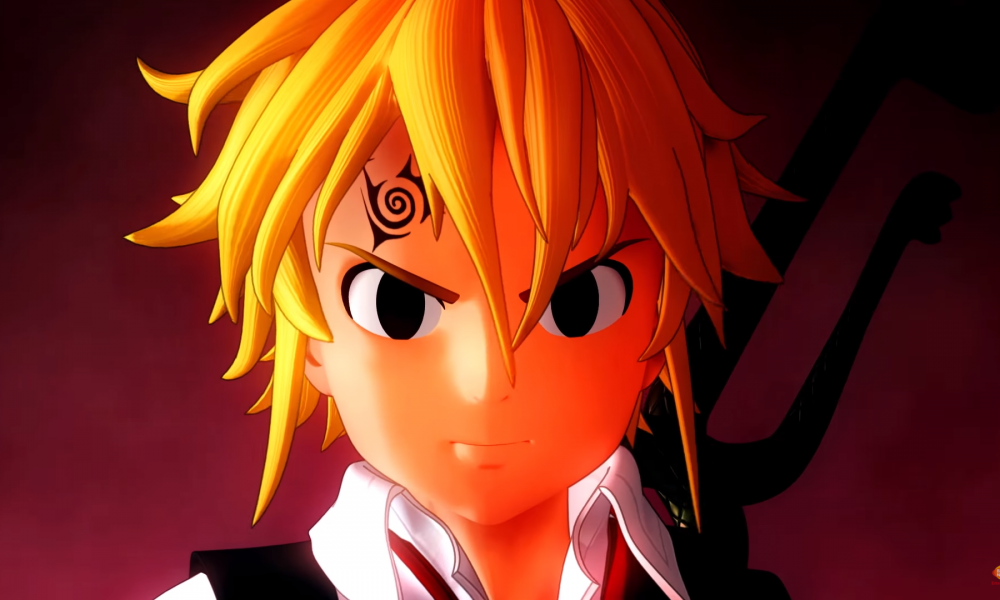 Nanatsu no Taizai (Japanese for Seven Deadly Sins) is gaining popularity, and as with most prominent anime these days, it’s getting a video game adaptation. Bandai Namco just released a trailer for the game, The Seven Deadly Sins: Knights of Britannia, and it’s exactly what I’ve come to expect from video games based on anime shows. But that’s not a bad thing.

Judging from the gameplay trailer, The Seven Deadly Sins: Knights of Britannia is going to be a 3D fighter not unlike the Dragonball Z: Budokai Tenkaichi and Dragonball Z: Xenoverse games. Most of Knights of Britannia will consist of one -on-one or two-vs-two matches between prominent characters in the anime/manga that will take place in large, destructible environments. Since some fights will involve larger characters, the game appears to be balanced so players don’t have too difficult a time fighting against a giant or feel overpowered when playing as a giant. In adventure mode, players need to collect “rumors” by either exploring the game world map or destroying fighting arenas to continue the story (which follows the manga/anime) and obtain all the playable characters. Also, adventure mode will come with side missions that don’t follow the anime/manga’s story and range from collecting objects (probably herbs) to participating in original fights.

As one might expect, The Seven Deadly Sins: Knights of Britannia comes with a duel mode that lets gamers fight against one another in online matches. For the sake of balancing, though, the game’s larger characters will be unavailable in this mode, but that doesn’t stop the duel mode from looking as fast and frantic as the main game. Plus, it will allow gamers to create dream matches between characters who would never team up/fight each other in the anime/manga, which is always a good thing.

The Seven Deadly Sins: Knights of Britannia is scheduled to release February 9th exclusively for the PlayStation 4 and will eventually receive DLC that continues the anime/manga’s story. Despite what some of you might think, this DLC will be free for all players, which means I have to applaud Bandai Namco for not trying to be as greedy as some other video game publishers who shall remain nameless.