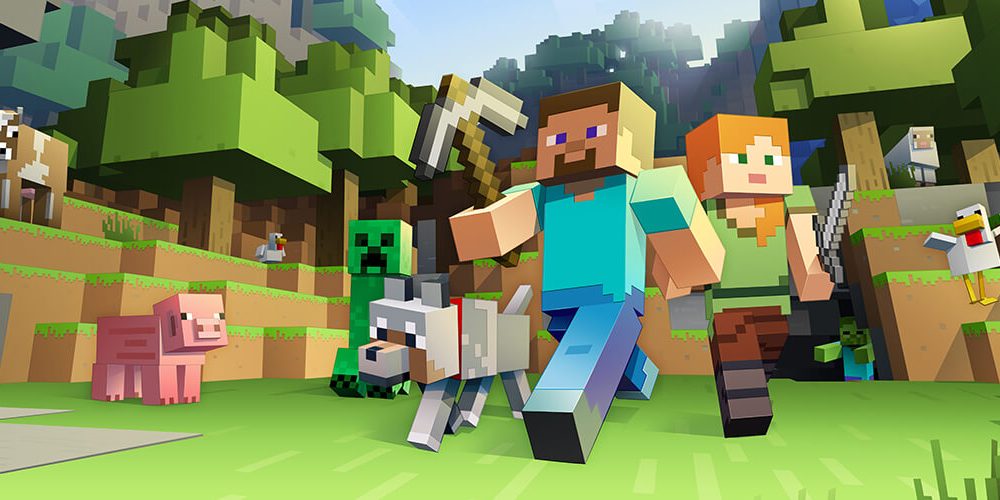 Yes, you read the title correctly. According to The Stage, The Northern Playhouse Theatre in Derry/Londonderry is creating a play based on Minecraft, titled Playhouse Live.

The article states the play will not be limited to just a physical stage, as “puppeteers” will also control characters in a Minecraft world alongside live actors. This virtual world will be constructed by “theater designers” (no names were given) who will work in collaboration with Minecraft artists Adam Clarke, aka. The Wizard, and MakeMatic. However, these aren’t the only big names attached to the project, as British novelist Alex Scarrow (Time Riders, Ellie Quin, The Candle Man) is set to write the script.

While the play won’t be ready until October, The Jewell Theatre company, the group behind the production, is hyping up the performance with online challenges aimed to teach audiences about theater production and Minecraft, including set design, acting, costume design, and script writing. Much like the actual play, The Jewell Theatre company will collaborate with several big names for these challenges, including actor Art Parkinson (Kubo and the Two Strings, Dracula Untold, San Andreas) and costume designer Katrina Lindsay (Harry Potter and the Cursed Child, Cabaret, America Psycho).

While Playhouse Live is not the first story themed after Minecraft (Herobrine creepypastas and Telltale Games’ Minecraft: Story Mode come to mind), it is the first time a Minecraft story has been attempted with live and virtual actors. However, The Jewell Theatre company has experience performing in 3D virtual worlds, as it has produced several plays in the game Second Life. Furthermore, the creative director of the Playhouse Theater Kieran Griffiths is confident the play, while “hugely ambitious and a definite step into the unknown,” will be extremely successful.

“We are highly excited to be introducing something completely new to the world of theatre,” explains Griffiths. “[It is] a tremendous opportunity to allow two artistic worlds to come together and learn from each other.”

People lucky enough to live near The Northern Playhouse Theatre can witness the groundbreaking play firsthand for free, but it will also be watchable via a live stream. People who can’t watch the live or live streamed performance shouldn’t fret, because the play will also be posted on YouTube October 14th. I personally am excited to see the end result. If Griffiths is correct, this play could revolutionize theater performances all around the world.

Zach RileyJanuary 26, 2023
Read More
Scroll for more
Tap
The Disaster Artist, a Movie Based on a Book About the Best Worst Movie Ever Made
Overwatch ‘Masquerade’ Comic Shows What Talon’s Been Up To, Teases New Skins