Darkwood: A Survival Horror Game Its Own Developers Want You to Pirate 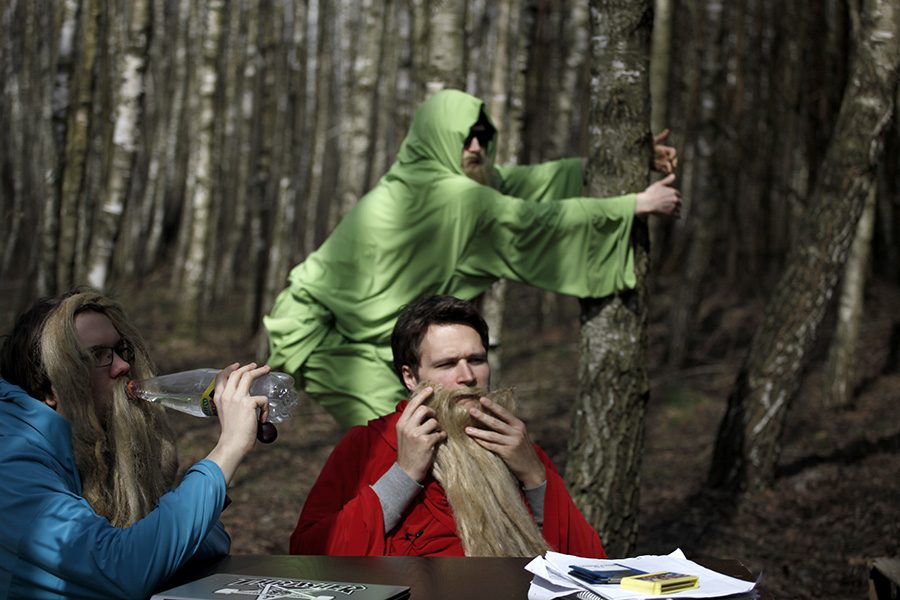 Darkwood: A Survival Horror Game Its Own Developers Want You to Pirate

Ever heard of Darkwood? It’s an indie horror game that was released a week ago on Steam. It’s also available for free on The Pirate Bay, thanks to the game’s developer, Acid Wizard Studio, of all people.

Earlier today, Acid Wizard Studio posted a sort of tell-all story on Imgur explaining why the company decided to post its game on The Pirate Bay. The story explains how this three man (and one dog) Polish development studio worked for four years on Darkwood, the survival horror game that doesn’t rely on jump scares, because the developers were too scared to play survival horror games. The story goes into detail how the developers quit their day jobs, ran an Indiegogo campaign that almost didn’t succeed, and missed numerous scheduled game release deadlines. But, then the story takes an interesting turn and describes the studio’s mounting frustration with scam emails that asked for free Steam keys that the scammers planned to sell on gray market key-reseller sites like G2A.com. The article also mentions how sorry the guys at Acid Wizard Studio felt when they read why gamers asked for refunds of Darkwood, especially one kid who “didn’t want his parents to be stressed out when seeing the bill at the end of the month.” According to the story, this kid was one of the galvanizing forces behind the Acid Wizard Studio’s decision to post Darkwood on the infamous pirating site The Pirate Bay: because they felt bad for people who didn’t have $15 to spare on a video game. This, my friends, is what a bleeding heart looks like, and I don’t mean that in a bad way.

“So we decided to something about it,” explains the original article. “If you don’t have the money and want to play the game, we have a safe torrent on the Pirate Bay of the latest version of Darkwood (1.0 hotfix 3), completely DRM-free. There’s no catch, no added pirate hats for characters or anything like that. We have just one request: if you like Darkwood and want us to continue making games, consider buying it in the future, maybe on a sale, through Steam, GOG, or Humble Store. But please, please, don’t buy it through any key reselling site. By doing that, you’re just feeding the cancer that is leeching off this industry.”

Interesting words from an interesting developer. Most studios would scream to the heavens that The Pirate Bay is the true cancer leeching off the gaming industry, but I’ve never, ever, seen a game developer actively support gamers pirating its game, let alone post the game on a well-known pirating website. However, many prominent Internet game critics and reviewers actively support Acid Wizard Studio’s decision, including TotalBiscuit.

Gamers who want to take Acid Wizard Studio up on its pirating offer can find the link to the officially pirated version (never thought those words would come out of my mouth) in the original article, but those of who want to support the studio can buy Darkwood on Steam here. Given the game’s quality, I look forward to what Acid Wizard Studio does next.