Pokemon That Should Be in Pokken Tournament DX 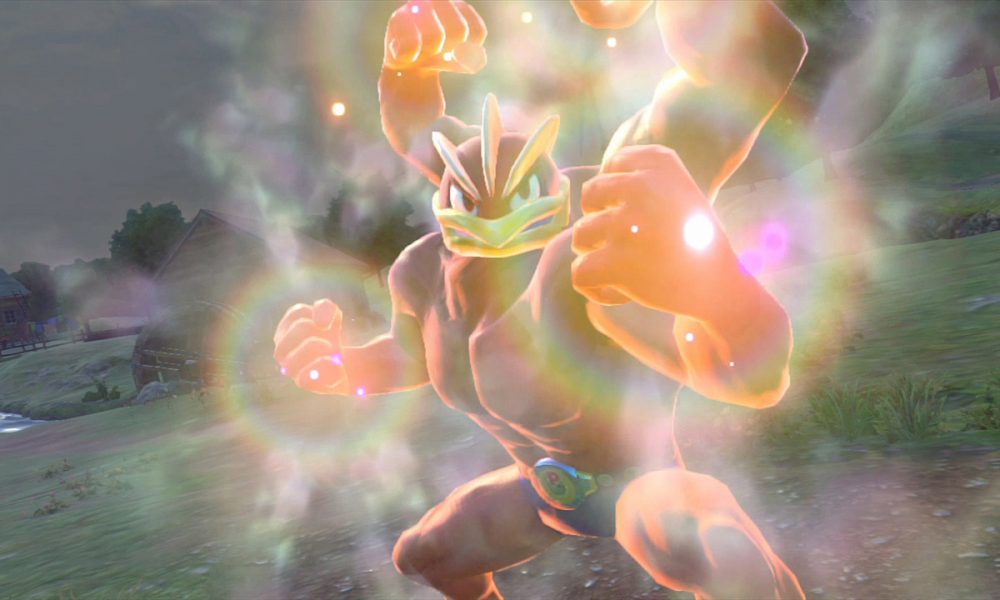 Pokemon That Should Be in Pokken Tournament DX

Now that the Pokken Tournament DX demo is available in the Nintendo eshop, trainers can play as Darkrai, Empoleon, Croagunk, Scizor — all of whom were previously only available in the arcade version of Pokken Tournament — and Decidueye, as well as summon help from Litten and Popplio. However, the more I look at the rosters of playable and support Pokemon, the more I realize how many unused Pokemon have gotten the shaft and deserve a spot in the game. So, here’s my list of 10 Pokemon, 5 playable and 5 support, I think should eventually be patched into the Pokken Tournament DX in no particular order. 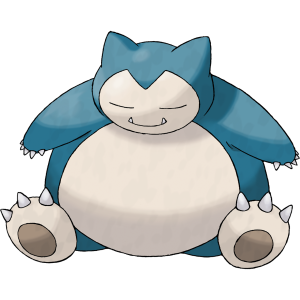 You know what I noticed immediately when I saw the playable Pokemon roster? Not a single one is a Normal-type. Almost every other elemental type of Pokemon, however, is represented in the roster (more on that later), so what Normal-type Pokemon deserves a spot in Pokken Tournament DX? Why, one of the most iconic and powerful of all (non-legendary) Normal-type Pokemon: Snorlax. Sure, he’s big and slow, but Snorlaxes are designed to take a beating and outlast their opponents. Many games have characters designed to be slow and powerful, but Pokken Tournament does not, so patching one in to Pokken Tournament DX in the form of Snorlax would make a ton of sense, pun intended. 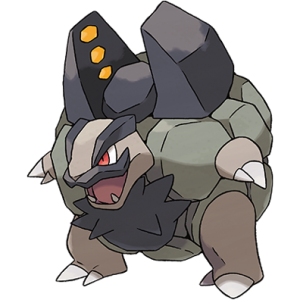 Normal-type Pokemon aren’t the only ones missing from the playable character roster; Rock-type Pokemon are also strangely absent. So, basically the same question as last time: what Rock-Type Pokemon should be patched into Pokken Tournament DX? A pseudo-legendary such as Tyranitar would be too obvious an answer, so how about a Golem, but not just any Golem: an Alola Form Golem? It’s also part Electric-type, which is somewhat lacking in the roster and knocks out two Pidgeys with one Stone Edge (sorry, had to put in a Pokepun somewhere). You might wonder why I chose an Alola Form Golem and not a regular Golem. Two words: built-in railgun. With that monstrosity, players could easily keep most opponents safely at bay. What’s not to love? 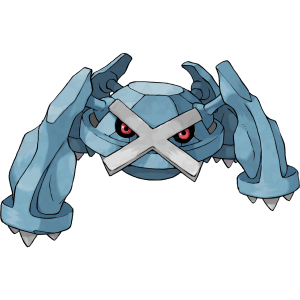 Most Pokemon in Pokken Tournament (and Pokken Tournament DX) are either fully bipedal or comfortable walking around on either two or four legs. Suicune, Darkrai, and Chandelure are the only playable Pokemon who can’t walk on two legs; Suicune is fully quadripedal, and Darkrai and Chandelure don’t even have legs. One of the beauties of Pokemon is that they come in a wide variety of shapes, so a game where players fight as Pokemon deserves more than a scant few non-humanoid Pokemon, which is why the living supercomputer Metagross deserves a spot in Pokken Tournament DX. It’s a big metal head with four legs, but Metagross is also capable of levitation, which gives it near unmatched mobility. Metagross is the kind of Pokemon that can attack at any angle, even when it faces away from opponents, which keeps them guessing during fights. Moreover, Metagross is part Steel-type, so it wouldn’t go down easy, unlike other characters in fighting games with high mobility. 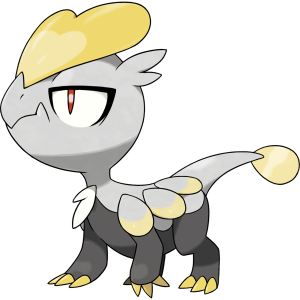 Most playable Pokemon are in their final or second evolutionary form, and a few only have one form, but Croagunk is the only unevolved Pokemon in the roster (I bet everyone here forgot that Pikachu now evolves from Pichu). While the Pokemon franchise is rife with unevolved Pokemon, Jangmo-o should be in Pokken Tournament DX more than most. After all, this little pseudo-legendary Dragon-type was only just introduced in Pokemon Sun and Moon, so he deserves all the attention he can get. Because of his size, Jangmo-o would likely have a tiny hitbox, which would make him ideal for players who love to dodge attacks instead of block. Plus, just look at the little guy; he’s adorable, which is something you can only say about Pikachu and Pikachu Libre. 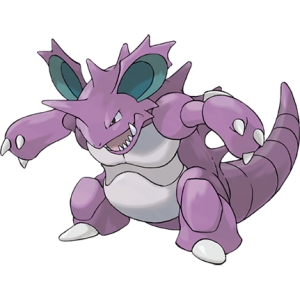 Nidoking is one of those kinds of Pokemon that looks amazing but is sadly overlooked, which is why he deserves a spot in the Pokken Tournament DX roster. Everything about Nidoking’s design just screams “awesome,” probably because it reminds me of old-fashioned kaiju, which I’m also a fan of. Nidoking is built like a tank and in combat probably would act like Snorlax lite, i.e., Nidoking could tank more damage than most other Pokemon but wouldn’t have to sacrifice as much speed as Snorlax. Also, Nidoking’s got a long, poisonous horn, which would be perfect for charging at (and through) opponents. Nidoking might be at the bottom of this list, but I want him in Pokken Tournament DX more than any other Pokemon I’ve mentioned on aesthetics alone. I love Nidoking that much. 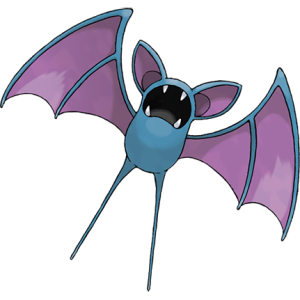 Zubat is infamous for its annoying ability to steal health with Leech Life, but that’s exactly why it needs to be in Pokken Tournament DX. This Pokemon would be the ideal support Pokemon for beginners, but I would not be surprised if it’s banned from actual tournaments. 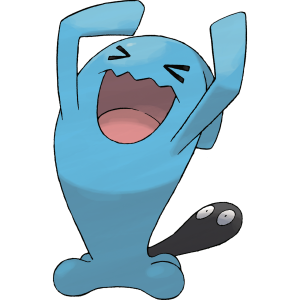 Basically a punching bag on legs, Wobbuffet only knows four moves, two of which are counterattacks designed to punish enemies. In Pokken Tournament DX, Wobbuffet’s Counter attack would break combos and punish enemies. Another ideal support Pokemon for beginners, but unlike Zubat, Wobbuffet probably wouldn’t be banned from tournaments. 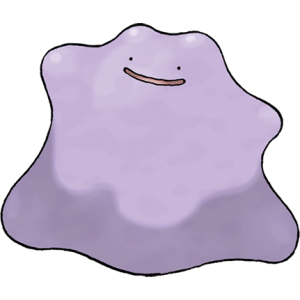 All Ditto knows is Transform, which turns it into its opponent. And that’s all it would need to do in Pokken Tournament DX: transform into an AI controlled version of the opponent and fight alongside you. Sure, this particular ability might be unfair, but part of the fun of a fighting game is figuring out how to win a fight, especially an unfair one. 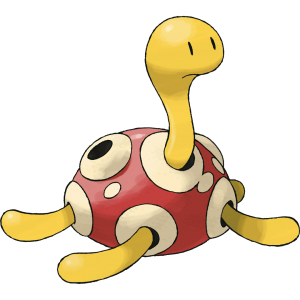 Shuckle might not be a legendary, but it has the highest defense of any Pokemon — period. As such, it makes an ideal shield against powerful attacks, especially when it uses Withdraw. In Pokken Tournament DX, Shuckle would be the world’s cutest roadblock, stopping enemies in their path, not unlike Wobbuffet. 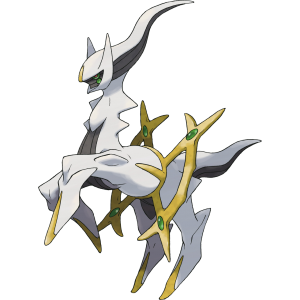 Arceus, the literal god-tier Pokemon. Creator of all, able to switch elemental types on the fly; who better to be a support Pokemon? Well, actually, now that I think about it, any Pokemon that knows Hyper Beam. Deoxys, Rayquaza, Palkia, Regigigas, all are good options for support Pokemon in Pokken Tournament DX, just as long as they use Hyper Beam, because that move is as iconic as you can get in the Pokemon franchise. It needs to be in Pokken Tournament DX. Period.

LW Blue to Represent New York City in the Overwatch League
Darkwood: A Survival Horror Game Its Own Developers Want You to Pirate