Fighting games tend to follow an extremely specific formula: two characters enter a ring and punch, kick, and throw each other until one of them goes down. This formula has remained almost untouched since the 80s, and while some fighting games try to add unique features and mechanics, such as tagging in allied fighters or full-3D arenas, the base mechanics have almost always remained the same. Not even Super Smash Bros. deviates very much from the standard fighting game formula. However, the upcoming game GUTS (which stands for Gory Ultimate Tournament Show) tries its own spin on fighting games, one that would make the Black Knight from Monty Python and The Holy Grail proud. Oh, and GUTS also has a playable demo that gamers can download to see if they like this spin. Warning: this article is NSFW. Read at your own risk.

GUTS, produced by Flux Game Studio, is described as “a hilarious ultra-violent Tarantino-style over-the-top game where players must dismember each other.” GUTS uses a health bar-less health system that forces players to cut off all four of their opponent’s limbs to win. Each character has his or her own “GUTS Move,” an unblockable attack that rips off an opponent’s limb, and each stage also features numerous (hilariously oversized) hazards and traps that dismember any character they touch. And yes, since dismemberment is the main feature of this game, GUTS is as gory and bloody as you imagine. Blood splatters everywhere, but no matter how many limbs a character loses, he or she can still fight and will not die. This is GUTS, after all, not Mortal Kombat. 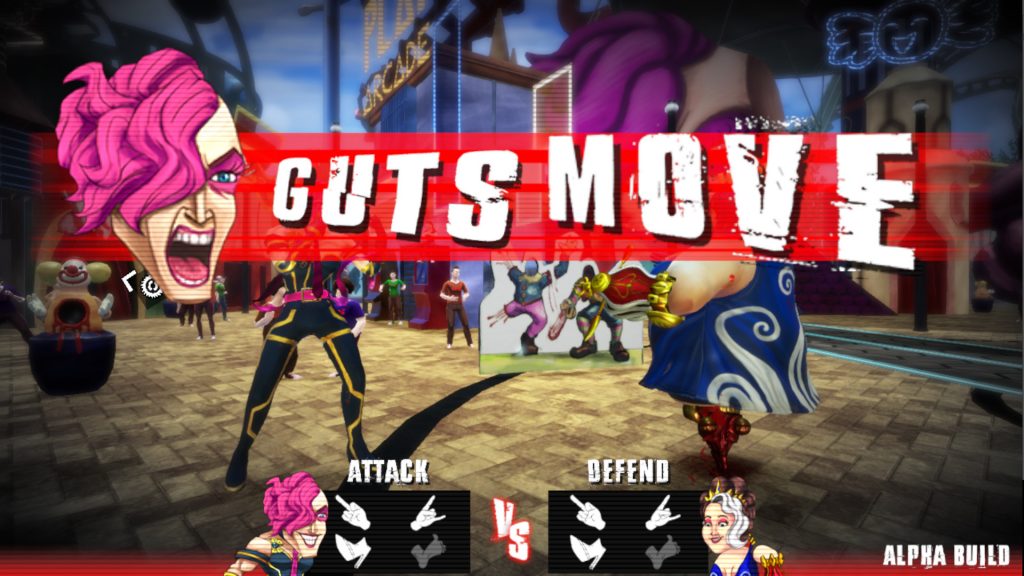 Since GUTS is “Tarantino-style,” the characters and story are just as over-the-top as the blood and action, if not more. The game will release with nine characters, and each one is crazier than the last. Standouts include a priest who practices the religion of bodybuilding, an obese princess who has never lost an eating contest, a psychopathic artist who uses blood as paint, and an evil robot who contually tries to destroy humanity but always fails due to a lack of common sense. The worldbuilding and storytelling is up there with the likes of Idiocracy; it’s stupid, but it’s a surprisingly smart and clever kind of stupid.

GUTS might not release until October 31st, but gamers who are morbidly curious about the game can download the demo on the Steam page and start dismembering. You know what they say, “No GUTS, no glory.”