The Intrepid Izzy Kickstarter Wants to Resurrect the SEGA Dreamcast 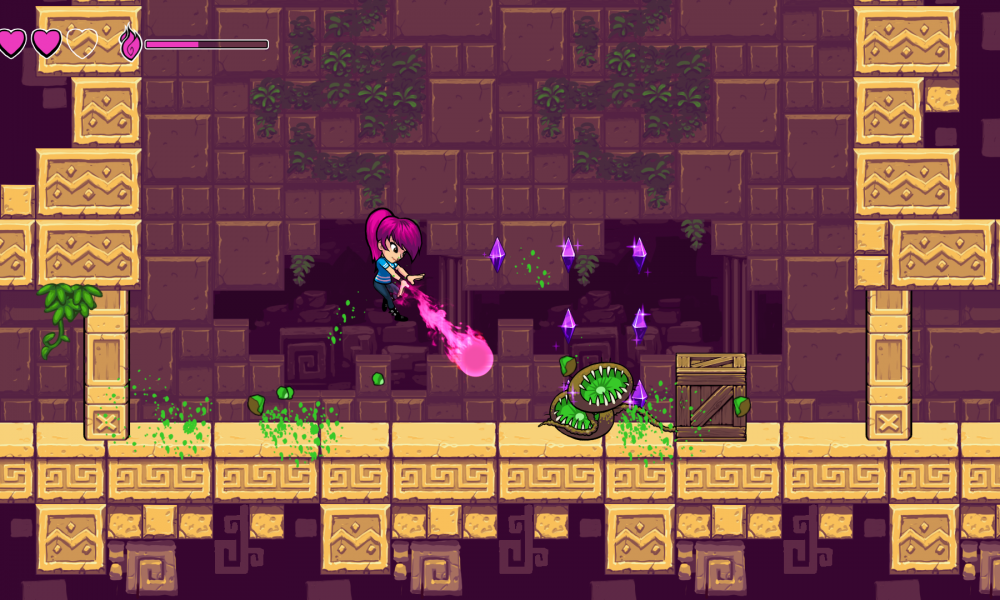 The Intrepid Izzy Kickstarter Wants to Resurrect the SEGA Dreamcast

I’ve seen some weird Kickstarter projects over the years: My Little Pony: Friendship is Magic-esque figures of the Four Horsemen of the Apocalypse’s horses (and Cthulhu), a Slender Man plush, and Cards Against Humanity. But, I never would have expected a Kickstarter campaign for a video game designed for a discontinued console. Apparently making video games for dead consoles is more popular than I thought.

Intrepid Izzy is a Kickstarter campaign by Senile Team, a development studio that loves to make Dreamcast games. The game stars the titular Izzy, a “plucky girl who likes traveling, dressing up and destroying the forces of evil,” and combines puzzle-platforming, beat-’em-up combat and adventure/exploration. The main gameplay mechanic is supplementing Izzy’s skills (which include a Shoryuken and Hadouken) with special costumes and their related abilities, including a vampire costume that lets Izzy transform into a flying bat and a ninja costume that grants her a wall jump. The Kickstarter campaign promises at least five unique costumes, and while Intrepid Izzy is not the first video game to include an ability-based costume mechanic, the game still looks decent and worth playing when it is released. 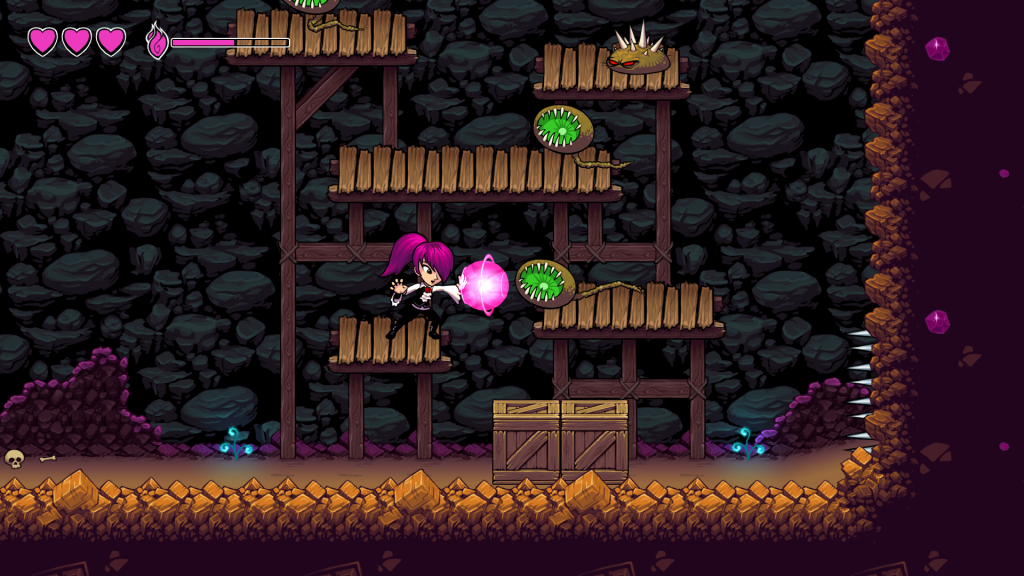 What helps set Intrepid Izzy apart from similar retro-inspired Kickstarter campaigns is several of its reward tiers give gamers a physical version of the game playable on the SEGA Dreamcast. Even though the Dreamcast was an extremely powerful console (many claimed it was ahead of its time), it was discontinued back in 2001 and marked SEGA’s farewell to the console market. However, the Dreamcast featured numerous well-received games that have had a lasting impact on gamers and the game industry, including Jet Set Radio, Shenmue, Sonic Adventure 1 and 2, and Phantasy Star Online. It’s no wonder many gamers hold the Dreamcast in such high regard and want to play new games on that console; it did not deserve its fate. And Senile Team is not the only development studio to create a Kickstarter campaign for a new Dreamcast game. Intrepid Izzy is only the latest in an ever-growing list of games designed to support the once-great console.

The Intrepid Izzy Kickstarter campaign only started yesterday, but it has already amassed over $8,000 for a $41, 057 goal. The pledge tiers range from $1.19 (receive kickstarter campaign updates) to $2,372 (physical Dreamcast copy, digital PC copy, digital PlayStation 4 copy, your name in the game’s credits, your name in the game’s splash sequence, physical CD soundtrack, digital soundtrack, four physical Izzy statues, an NPC in your likeness, an in-game statue or portrait in your likeness, physical art book, digital art book, digital manual, kickstarter campaign updates, and free shipping). Oddly enough, even though campaign offers the PS4 version as reward, the PS4 version is listed as a stretch goal.

Depending on the success of Intrepid Izzy (and other Kickstarted Dreamcast games), modern gamers might see the merit of owning a Dreamcast.

Warner Bros. Contradicts Itself While Trying to Fix the Forthog Debacle
GUTS, the Upcoming Gory, Health Bar-Less Fighting Game, Has a Demo