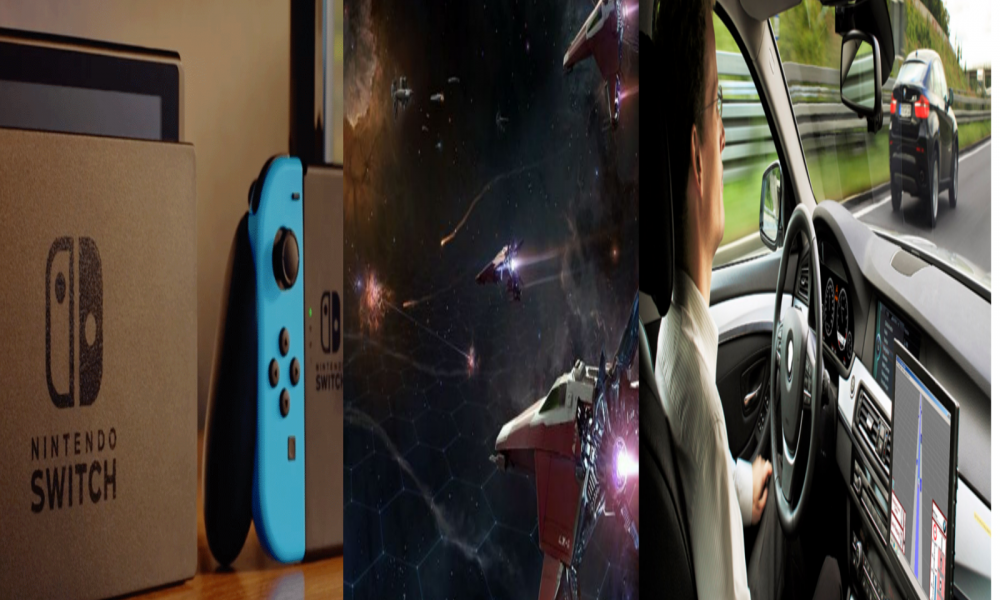 This has been a very eventful week for everyone involved. Some people might think that nothing exactly substantial has happened, but this time we got a lot of Loot Box talk. However, we also got some other oddities showing up in the realms of tech and gaming, so let’s talk about the major developments in this week.

As of October 18 the Nintendo switch got version 4.0.0. This brought with it the ability to transfer profiles to other switch consoles as well as a way to record 30 second clips for you to trim and upload by briefly holding the screen capture button, but so far only from The Legend of Zelda: Breath of the Wild, Mario Kart 8 Deluxe, ARMS, and Splatoon 2. Capturing is limited to just 30 seconds, however.

On their way to bring everyone’s favorite generation to Pokémon GO. October 20 to November 3 will see some new spooky friends in Pokémon GO. Not only are there new Ghost, and  Dark type to catch, but also a special “Witch” Pikachu. Player’s capture rewards will be doubled and every player will receive a Mimikyu hat, because every holiday event needs a free hat… So get ready to be the ghost buster you always wanted to be.

In 2014 a man wearing a Pikachu hat, and carrying a Pikachu doll jumped the white house fence before being apprehended, while his reasons were not completely known his would be successor, Curtis Combs did it for attempted fame. Curtis donned a full Pikachu suit and jumped fence while recording with plans to upload it to YouTube

Heads up, MMORTS fans. There’s a new game on the horizon, Starborne. This free to play game is the ambition of Solid Clouds, an indie studio based in Iceland and headed by designers like Ásgeir Ásgeirsson, EVE Online’s former art director, and Hrafnkell Óskarsson, who played a major role in EVE’s lore and design.

They have set out to create the first 3D MMORTS game, while currently in an alpha build, the game shows promise, with single player activities, a card based upgrade system, and 5 different classes, the scout, bomber, industrial, offensive, and defensive player.

The Starborne client is being developed on Windows but will cross-platform upon release, including MacOS, iOS, Android, Linux and browsers, however the test rounds are only on Windows.

It seems like EA became a serial studio killer, as they shut down Visceral Games for good as well. People were outraged by this because this was one of the most beloved game studios in gaming. There have been creatives such as the Director of God of War jumping in and expressing his disgust towards EA in a tweet.

The best feature of the new models of Toyota cars is coming. Now cars will have a very capable AI that will be able to talk with the drivers to know their preferences. This will be the first step into creating incredibly capable autonomous cars.

This concludes this week’s news round-up, be on the lookout for more as we go along in GeekReply.