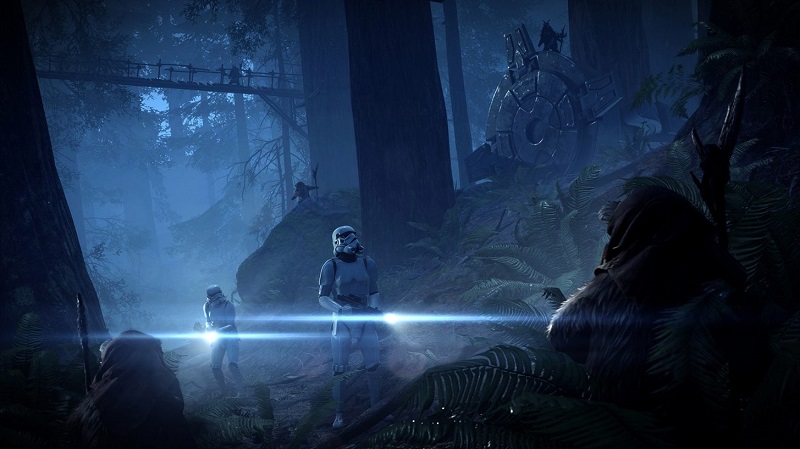 EA has done a pretty good job of aggravating Star Wars fans with the release of Star Wars Battlefront 2, with the game’s microtransactions being one of the biggest blunders of 2017. While the company temporarily removed them as they attempted to bring them back in a better way, they have announced that they will be making a return next week… and Ewoks will be with them.

Microtransactions will be back again as Crystals, which you must purchase with real money. The main difference here is that these items are now exclusively for cosmetic items, and cannot be purchased for anything that has any impact on actual gameplay. The following is the overview from EA on the new role of Crystals:

“Crystals will return to Star Wars Battlefront II as one of the ways for fans to unlock Appearances, including Endor Leia and Endor Han. Real-world currency can only be used to purchase Crystals, which are only redeemable for Appearances. Credits that are earned through in-game activity and can also be redeemed toward Appearances. Over 50 additional Appearances to personalize your units and heroes will be made available in this update.”

As mentioned previously, the Night on Endor update will be bringing Ewoks in the form of Ewok Hunt. The mode has you either taking control of an Ewok or a stormtrooper, with each stormtrooper defeated respawning as another Ewok. This continues until the Ewoks completely eliminate the stormtroopers.

Star Wars Battlefront 2’s Night on Endor update will release on April 18th for PlayStation 4, Xbox One and PC.

Zach RileyJanuary 31, 2023
Read More
Scroll for more
Tap
Conan Exiles Gets A Countdown To Launch Trailer
Some Telegram Users Use the App for Movie Pirating