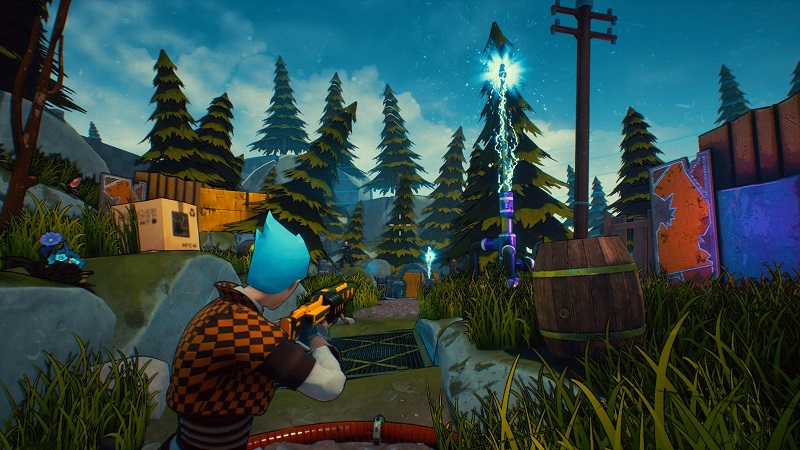 Cross-play between various gaming platforms has become pretty popular in recent years, as it essentially allows a game’s multiplayer base to increase and stay populated for longer. A new game on the horizon called Crazy Justice will feature cross-play between two platforms that you don’t see every day, which is between Xbox One and Nintendo Switch.

Crazy Justice is another game looking to hit it big in the currently exploding battle royale genre, and even has a colorful aesthetic similar to Fortnite. Developer Black Riddle Studios is working on the game for Xbox One and Nintendo Switch, and they have just released a new video that shows off cross-platform play between the two versions. It’s brief, but you can check it out below.

The video features two players playing side by side, with one playing the Xbox One version on a TV and the other playing on an undocked Switch. What’s interesting to note here is that the undocked Switch version is still hitting 60fps, which is truly impressive. However, we’ll have to wait and see how it handles the game when lots of players are on the screen at once, which is typical of a battle royale game.

Crazy Justice is set to launch in the second quarter of this year. The game will also be coming to PlayStation 4 along with the aforementioned Xbox One and Nintendo Switch versions, but the PS4 version will not feature cross-platform play.