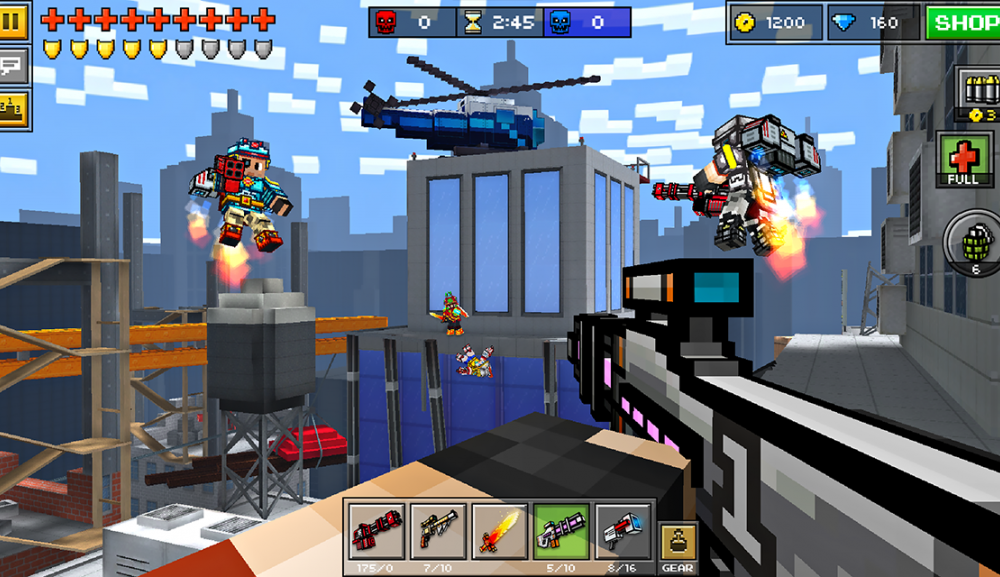 Pixel Gun 3D has received a massive new update, and this one launches it onto the battle royale scene. The new update brings the game up to version 15.0.1, bringing the aforementioned new mode, new events, return of features and more for fans to check out.

Finally added a Battle Royale mode! Huge map, a lot of rivals and a deadly zone

Win the Royal Set and become king of the battlefield!

PETS move to the armory

Pixel Gun 3D is available now through the App Store, Google Play and the Amazon app store. The game has been available for some time now and has been a big hit thanks to its solid gameplay mixed with the Minecraft-esque aesthetic. There are numerous modes that players can take part in outside of the new battle royale mode, and over 250 weapons and gadgets that come with upgrades to keep everyone busy. It’s a free download, so if you’re at all interested it’s at least worth giving a shot.