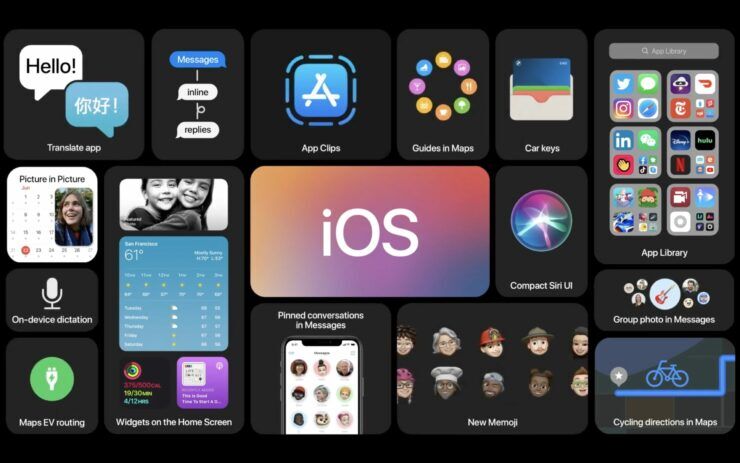 There are several new operating systems in the works over at Apple, which are set to release later this year. However, those willing to take the plunge with early versions of them can do so now, as Apple has seeded the iOS 14 and iPadOS 14 beta 4 and the first beta for macOS Big Sur.

If you’re interested in downloading the fourth beta of iOS 14 and already have the third beta running, you can simply update to the latest build via the over-the-air feature. It is recommended that you don’t install the beta on your primary device at this point, because it is currently loaded with bugs. If you’re feeling gutsy, proceed with caution.

It’s understandable if you want to take that risk, however, because iOS 14 is set to be a major update bringing lots of new things to the table. One of the biggest new features is widgets for the home screen, which can be placed wherever you want and can be resized in three different sizes. This is a huge change considering widgets were previously limited to one dedicated screen outside of where apps are located.

The App Library is also featured in the new update, which will allow you to see a full list of your apps easily. Siri will also receive some improvements, as it takes up less screen real estate and the incoming call interface will also be smaller. The Health app will also now support Sleep Tracking and easier management of other important health and safety features.

Apple has also seeded macOS Big Sur’s first beta, which can be downloaded from Apple’s beta testing website. This new OS is also set to bring some big changes to the table, including a redesign for the OS that is now similar to iOS thanks to changes to the color palette, window design, app icons, system sounds, menu bars, and more.

Control Center is also set to come to the Mac for the first time with this update, which will allow you to control several aspects of the device like volume, brightness, and more. The Notification Center is also more interactive and features redesigned widgets similar to that of iOS 14.

An official release date for the full release of these operating systems is currently unknown, but we’ll bring you more information as soon as it becomes available.