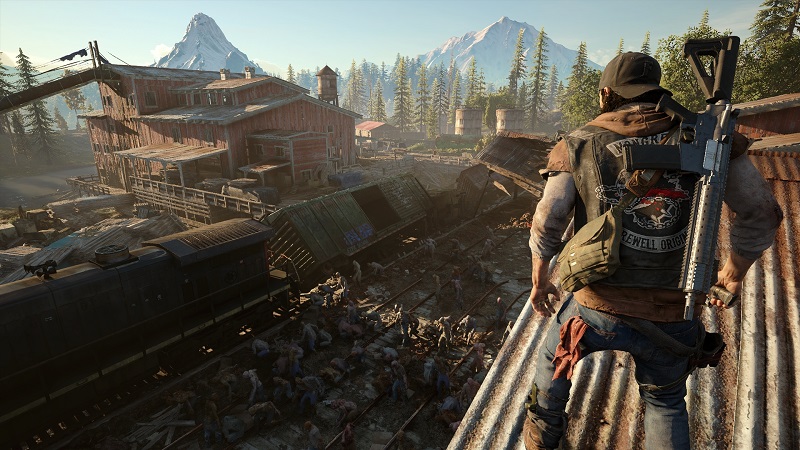 Sony Interactive Entertainment has announced the official release date for the PlayStation 4-exclusive Days Gone, revealing that the game will be launching early next year. The game’s release date is set for February 22nd, 2019, with the announcement being accompanied by a new trailer. You can check it out at the bottom of this post.

The new trailer got an overview post over on the PlayStation Blog, which was provided by Sony Interactive Entertainment Bend Studios creative director John Garvin. The following is a snippet from the blog post:

“In addition to revealing the release date, the trailer introduces two new animal threats: mountain lions, or cougars, and infected ravens – called Criers in our world. We see another ambush event as Marauders torch an old vehicle and roll it onto the highway trying to knock Deacon from his bike. And the video ends with Deacon running out of gas out in the middle of nowhere – a quiet moment, perhaps, but maybe the deadliest of all.

Most important, we introduce a new enemy human faction: Rest In Peace, or R.I.P., is a cult that worships the Freakers. Rippers, as they’re known, dress like Freakers – and kill anyone who isn’t a Ripper. While they’re important to the story, Rippers are also an important part of the in-game Freaker ecology: when you get a chance to take down a Ripper camp, try bringing in a Swarm and see what happens – Rippers refuse to kill Freakers, and the results can be very entertaining.”

Days Gone will launch exclusively for PlayStation 4 on February 22nd, 2019. Be sure to check out the new trailer below.