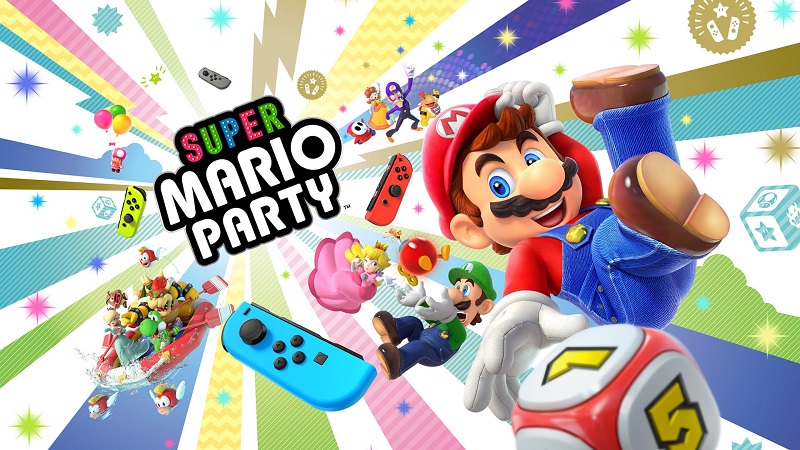 The Mario Party series has been lacking in recent years, with Nintendo switching up the gameplay in ways that fans weren’t fond of. Well, the next release in the series will be going back to its roots, with the company announcing Super Mario Party during their E3 2018 showing.

Super Mario Party will be launching exclusively for Switch later this year, and it gets rid of the vehicle gameplay and brings back the standard board game style from the originals. The following is an overview from Nintendo.com:

“The Mario Party series is coming to the Nintendo Switch system with super-charged fun for everyone! The original board game style has been kicked up a notch with deeper strategic elements, like specific Dice Blocks for each character. The game also introduces all-new ways to play, including Joy-Con controller enabled minigames, and new modes to enjoy with family and friends. Board game play goes back to the four-player basics as you take turns and race across the board searching for Stars. You can also pair up two Nintendo Switch systems and delight in this dynamic play style, such as in the new Toad’s Rec Room mode. With new modes and new minigames coupled with original board gameplay, the party starts anywhere, anytime, and with all kinds of players.”

Super Mario Party will launch exclusively for Switch on October 7th. A new trailer was also released, which you can check out below.