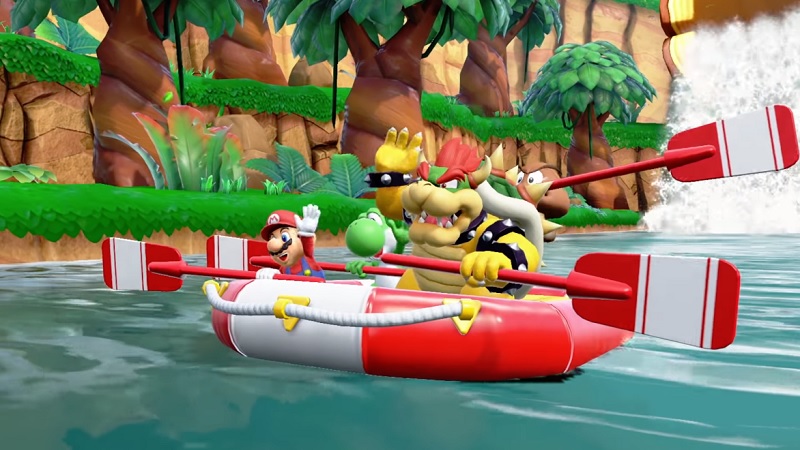 The Mario Party series is set to return later this year with the Switch-exclusive Super Mario Party, and now Nintendo has revealed a new mode for the game. The new mode is called River Survival, and they showed it off at Gamescom 2018.

River Survival is a four-player co-op game where players are tasked with rafting downstream while avoiding obstacles and completing mini-games. The mode was revealed in a new video, which you can check out at the bottom of this post. Basically, players will be trying to hit the balloons that are sprinkled throughout the river, which will then initiate new mini-games.

The mode is timed, so you’ll want to avoid the hazards and complete the mini-games as fast as possible in order to complete it in time. It sounds like it will be an interesting new mode for the series, considering that it is essentially a mini-game with many other mini-games inside of it.

Super Mario Party will launch exclusively for Switch on October 5th. Be sure to check out the video showing off the new mode below.