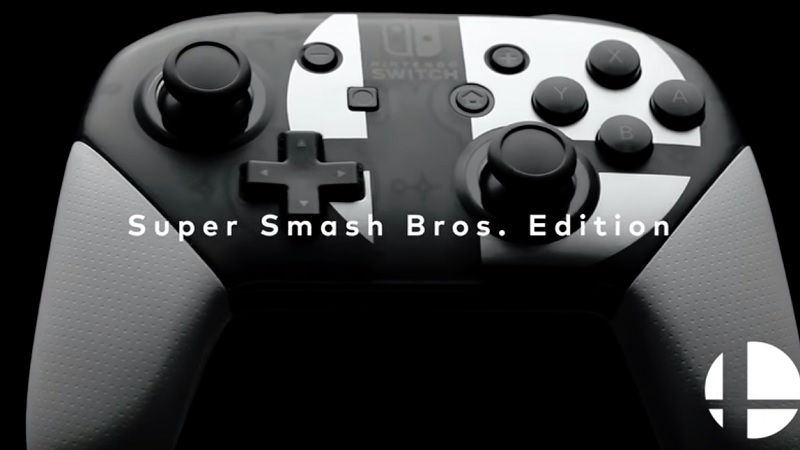 Super Smash Bros. Ultimate is set to release later this year exclusively on Switch, bringing the beloved fighting series back for another round. Now Nintendo has announced the Switch Pro Controller bundle, which features a Smash Bros. Ultimate-themed Pro controller.

Along with the aforementioned controller, the bundle also includes a steel case with the game logo on the cover. The bundle will retail for $139.99, though the controller itself can be purchased standalone for $74.99. It definitely isn’t cheap by any means, but hardcore fans of the series will likely eat it up. You can check out a trailer for the bundle at the bottom of this post.

It will be interesting to see what the demand will be for this controller, considering that many purists of the series prefer to play with a GameCube controller. The company will be releasing an attachment for Switch that will allow players to plug GameCube controllers into the console, and are also selling new controllers.

Super Smash Bros. Ultimate is in development exclusively for Switch, and is set to launch on December 7th. The game will include every character that has ever appeared in the series, along with some new characters like Ridley and King K. Rool. More is set to be revealed prior to it December launch, and we’ll be sure to bring you that information as soon as it becomes available.

Halo: The Master Chief Collection Massive 73 GB Patch Out Now
Devil May Cry 5 Will Release As A “Complete Experience,” No DLC Currently Planned