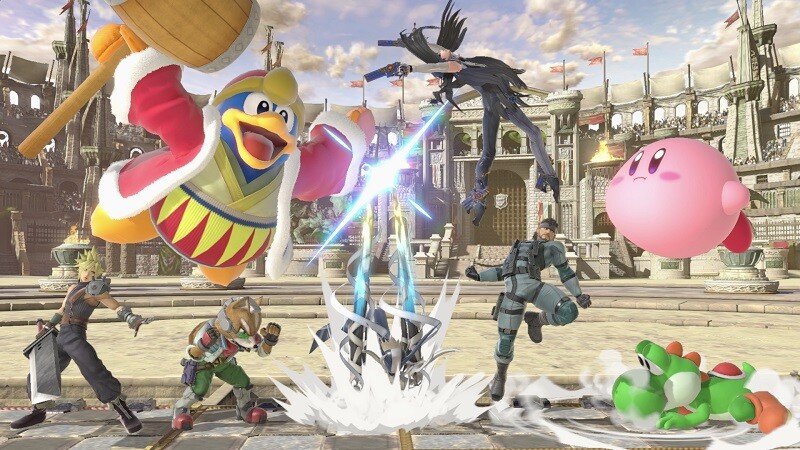 Super Smash Bros. Ultimate is going to have quite the roster when it launches in December, including every character to ever appear in the series along with brand new ones. While Nintendo has been revealing new characters up to the game’s launch, a new leaked marketing material image shows 7 more characters that haven’t been revealed.

The leaked marketing material features an image showcasing the game’s entire roster, though the 7 new characters are sprinkled throughout. They have since been identified as Banjo-Kazooie, Shadow the Hedgehog, Isaac, Ken Masters, Mach Rider, Geno and the Chorus Kids.

One bummer that many fans will immediately point out is that Waluigi remains nowhere to be seen, despite many begging Nintendo to finally add him to the game as a playable character. Some were hoping for a late reveal by Nintendo prior to the game’s launch, but if this marketing material is to be believed and includes the whole roster, it looks like that won’t be the case.

Super Smash Bros. Ultimate will launch exclusively for Nintendo Switch on December 7th. It’s set to be one of the last big releases that the company will have for the remainder of 2018, with the other big one being Pokemon Let’s Go Pikachu & Eevee.

Rumor: Destiny 3 Development Has Begun; Releasing In 2020
Gwent: The Witcher Card Is Out Now & Free-To-Play