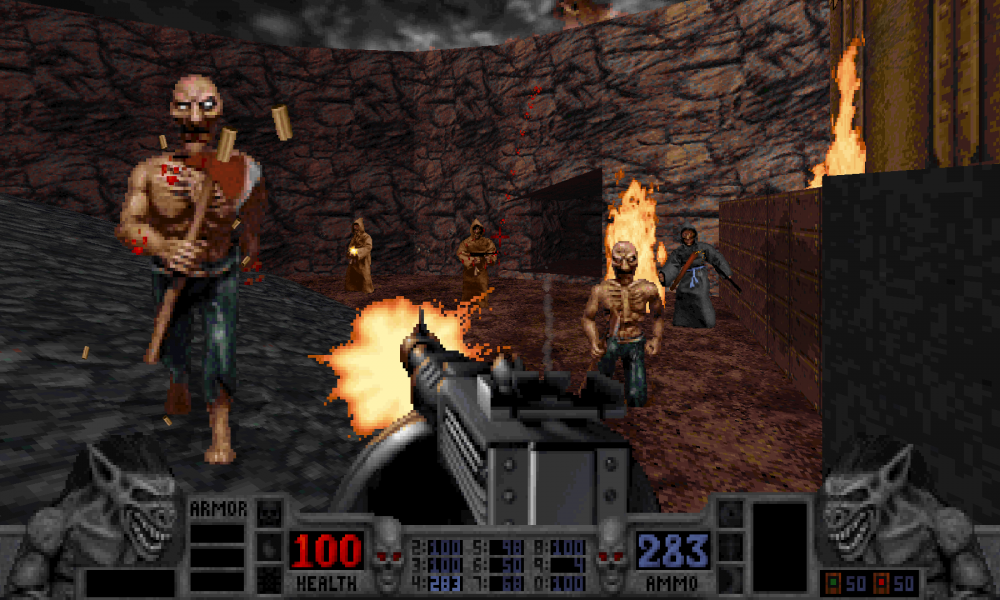 Atari has recently announced the comeback of the grisly FPS title from the 90s, Blood, as veteran developers Nightdive Studios works to restore the classic shooter. Nightdive Studios is known for taking old iconic PC games, such as Turok, The 7th Guest and System Shock, and giving them new life in the modern era of gaming.

Their latest endeavor looks to take players back to the bloody world of Monolith Production’s Blood and stir up the classic revenge tale. The seminal FPS title places players in a devastatingly grim world where gruesome beasts and unholy demons stand in the path of the gun-savvy undead protagonist, Caleb.

“We are thrilled to work with the fine team at Nightdive Studios to bring the cult classic Blood back to gamers(…)Blood is a grisly good time, and there’s no better team out there than Nightdive to ensure that the game will find new fans.” — Todd Shallbetter, COO of Atari

The remastered classic will receive proper audio and video upgrades to meet today’s gaming standards, as well as availability on Steam, GOG and other modern digital marketplaces.

So far, there has been no release date announced or official game trailer for the upcoming Blood Remastered Edition, but Atari has reassured fans to “stay tuned for more details in the coming weeks.”

Devil May Cry 5 Hands-On Xbox One Demo Impressions: I’m All In
How EA Inadvertently Saved the Gaming Industry