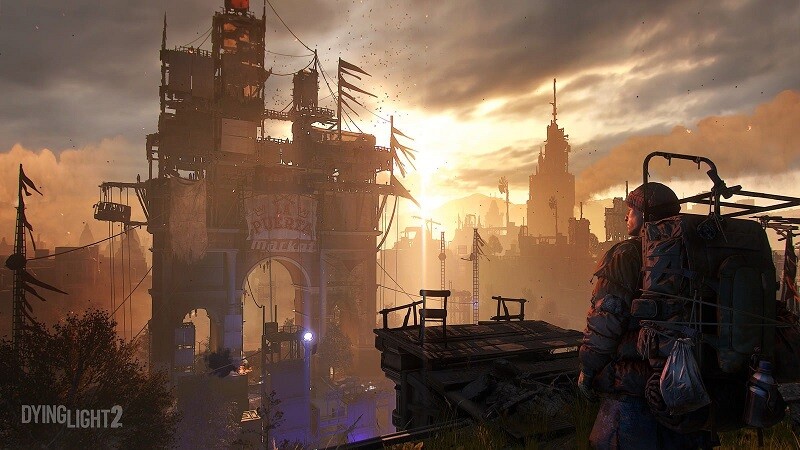 We’ve officially reached the end of 2019, with another 12 months of gaming history in the books. We already gave you an idea of what the best games of the year were, but now it’s time we look ahead to 2020. If things turn out the way they are currently planned to, then 2020 should go down as one of the best years ever for gaming. Here’s a list of our 10 most anticipated games set to release in 2020.

First up we have a remake, but this one isn’t just any remake: it’s a remake of the beloved Final Fantasy 7. Square Enix has been hard at work on this one for several years now, and we STILL don’t know how many parts this thing is going to release in. However, everything that has been shown so far looks excellent, and it looks like they’re taking their time to make sure that they release something that won’t tarnish the massive legacy of the original game. Whatever the case may be, we’ll be there day one to team back up with Cloud and friends.

The Dark Souls series sadly came to an end in 2017, but thankfully there have been quite a few other series that have popped up to carry the torch. The best of all of these is easily Team Ninja’s Nioh, which launched in 2017 and offered similar combat that was very difficult and rewarding while adding its own twists to the formula. Now Nioh 2 is set to launch 3 years later, though this is actually going to be a prequel to that game and will have a character creation system rather than a pre-set protagonist.

It’s hard to believe how many years it has been since a main installment in the Animal Crossing series has released, with the Wii U only getting spin-offs. The wait is nearly over, however, as Animal Crossing: New Horizons is coming to Switch in March 2020. This one is looking to up the ante in every conceivable way possible for the series, which will hopefully make this the best game in the series yet. Having the added perk of being able to play it at home or on the go is just icing on the cake.

When it comes to pure FPS action, no game in recent memory has done it better than DOOM 2016. Developer id Software delivered one of the most adrenaline-fueled FPS campaigns of all-time, with just about every second of the game being exhilarating. While the multiplayer component wasn’t much to write home about, the developer is looking to remedy that in the sequel while offering yet another action-packed campaign. If it can deliver on both fronts then it will easily be a game of the year contender.

After years of silence from Valve regarding the Half-Life series, they finally announced another game in the series late this year for release in 2020. Half-Life: Alyx takes place before the events of Half-Life 2 and stars Gordon Freeman’s ally Alyx, who is fighting the alien empire that has conquered Earth called the Combine. Despite seeming like it would be a spin-off, designer David Speyrer has said that the game is the next part of the Half-Life story and is around the same length as Half-Life 2. It may not quite be the Half-Life 3 fans have been waiting many years for, but it at least puts the series back on the map after over a decade of silence.

The Resident Evil 2 remake was fantastic, launching at the very beginning of this year and delivering on the hype in spades. Capcom did an incredible job of improving upon the original game while retaining the feel of it, and the results were one of the finest survival horror games ever. Now they are looking to capitalize on that success with the release of Resident Evil 3, which is set in the same location and takes place (mostly) at the same time as 2. However, this time players will be stalked by an even more deadly predator named Nemesis, who is tasked with taking out the last remaining members of S.T.A.R.S. Considering that Capcom made the deadly Mr. X more like Nemesis in the Resident Evil 2 remake, we’re already sweating thinking about how they are going to “improve” Nemesis for this remake.

Developer CD Projekt RED has an incredibly tough task in front of them, as they need to release a follow-up game to the phenomenal The Witcher 3: Wild Hunt. While obviously not a sequel to that game, Cyberpunk 2077 will nevertheless be held to the highest of standards considering how good Wild Hunt was. Things are being switched up this time for a sci-fi RPG whose world is the polar opposite of the medieval world of The Witcher, though it will be just as rich and engaging. While the world won’t be quite as large as Wild Hunt’s, the developer said that it will be more dense and packed with more meaningful content. It will be very interesting to see if they can deliver when the game launches in April.

The Last of Us is one of the most beloved games of the last console generation, which makes it seem crazy that a sequel STILL hasn’t been released for this console generation. Even though we’re on the verge of the next console generation, The Last of Us: Part 2 is set to launch and be one of the biggest send-offs for PS4 prior to the PS5 launch. While it remains to be seen if it can match the expectations following years of anticipation, the footage shown so far has been very promising and looks to deliver more of what everyone loved about the first game.

Techland’s Dying Light was a surprising hit when it released in 2015, as it ended up being what many felt the underwhelming Dead Island should have been. Intense first-person zombie action mixed with a fast-paced parkour system made traversal through the game’s deadly world tons of fun, and outright horrifying at nighttime when zombies became even more deadly. Dying Light 2 is set to expand upon the foundation put down by the first game, and we can’t wait to hop along rooftops while drop kicking zombies all over again.

The Halo series has been on the decline for several years now, with many feeling that 343 Industries have done a poor job since taking it over from Bungie. Halo 5 is considered by many to be the worst game in the series, and the response to that game has now lead to the longest gap between games ever. However, the developer is looking to get things back on track with Halo Infinite, taking extra time to make the series the juggernaut it once was. It’s even going to be a launch title for Xbox Series X, making it an incredibly important game for the next phase of Xbox.