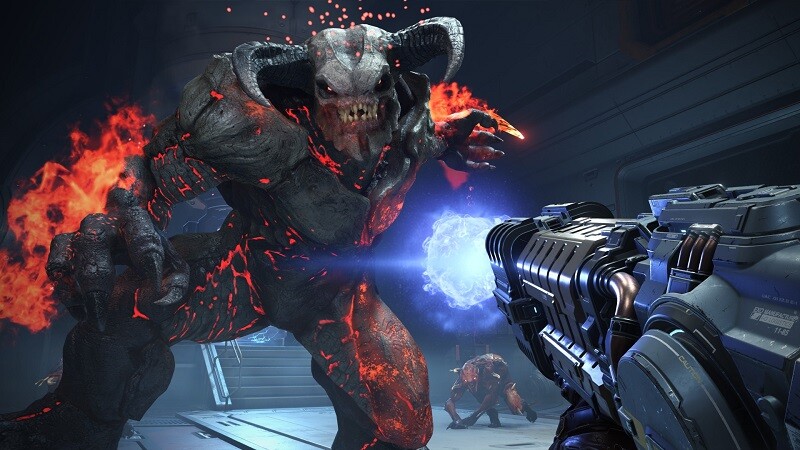 When it comes to pure FPS action, there are few games that do it better that DOOM 2016. The game’s campaign was exhilarating from start to finish, but there were other pieces of the puzzle that weren’t nearly as well-done. The multiplayer deathmatch mode was where the game’s major misstep came from, and luckily the developer decided to nix that aspect entirely for the sequel.

The game’s executive producer Marty Stratton revealed that the game will not have a traditional multiplayer mode at all, instead having the 2v1 Battlemode. He said that “the cool thing about it is it’s ripped straight from Doom; it’s the combat players want and love, you’re familiar with the gameplay, playing as a Slayer.”

He goes on to say “When you look back to Doom 2016, we kind of did something more traditional. Skill vs skill twitch vs twitch. It didn’t have any of the components of Doom that people loved from the campaign. It didn’t have the slayer or demons in a meaningful way. It just kind of fell flat so we really flipped the script on it and decided we need to develop this internally, we need to pull it from what Doom is all about, demons vs slayer.”

DOOM Eternal is set to launch for PlayStation 4, Xbox One, Nintendo Switch, Google Stadia and PC on November 22.