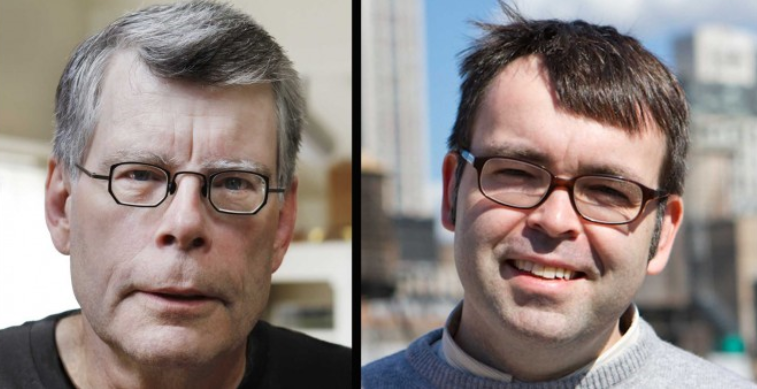 The King of Horror Literature, Stephen King, has revealed intriguing details of his next novel which he has written with Owen King, his younger son. The book, that will take place in a SciFi world, has the title of Sleeping Beauties. With a publication date for September 26 of this year in hardcover formar, the synopsis is already rising expectations:

“In a future so real and near it might be now, something happens when women go to sleep; they become shrouded in a cocoon-like gauze. If they are awakened, if the gauze wrapping their bodies is disturbed or violated, the women become feral and spectacularly violent; and while they sleep they go to another place…

The men of our world are abandoned, left to their increasingly primal devices. One woman, however, the mysterious Evie, is immune to the blessing or curse of the sleeping disease. Is Evie a medical anomaly to be studied? Or is she a demon who must be slain?

Set in a small Appalachian town whose primary employer is a women’s prison, SLEEPING BEAUTIES is a wildly provocative, gloriously absorbing father/son collaboration between Stephen King and Owen King.”

Besides the cover, both father and son also showed an expert of theupcoming novel with Entertainment Weekly, giving the readers a small, yet poweful, taste of what they might find in this new story:

“Lila followed the tracks up a rise, then down into the sort of narrow dip that country fellows like Willy Burke called a brake or a holler, then up another hill. Here the trees were thicker — scrub pines fighting for space and sunlight. The webby stuff hung from some of the branches. She took a few more pictures with her phone and pushed on toward the power pylons and the bright sunlight ahead. She ducked under a low-hanging branch, stepped into the clearing, and just stared. For a moment all her tiredness was swept away by amazement.

Lila stood frozen at the edge of the clearing, her neck craned, staring upward. Flocks of moths fluttered around her, brown in the shade, seeming to turn an iridescent gold in the late afternoon sunshine.

She had read somewhere that the tallest tree on earth — a redwood — was just under four hundred feet high. The tree in the center of the clearing looked taller than that, and it was no redwood. It was like no tree she’d ever seen.”