Will “Arms” be the game the Nintendo Switch needs to win over consumers? 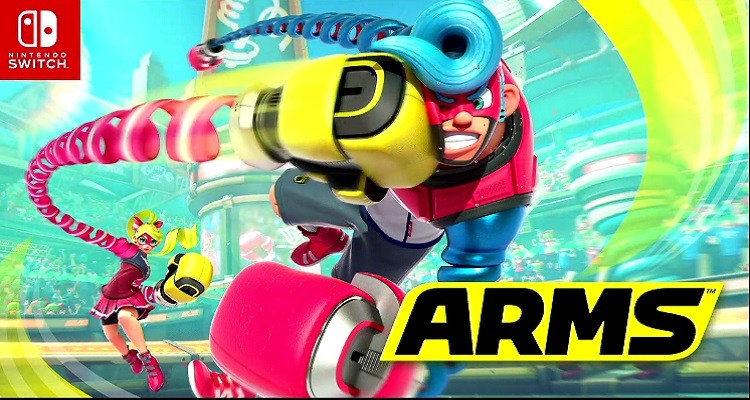 Will “Arms” be the game the Nintendo Switch needs to win over consumers?

With the release of the Nintendo Switch there have been very few games to actually play.  Sure, Breath of The Wild is accepted as an amazing game by many, but what happens after you’ve beat the game?  With games like Super Mario Odyssey and Splatoon 2 so far away what is left to encapsulate gamers besides the likes of Mario Kart 8?  Well, coming spring, it would seem like ARMS is jumping in to fight for your interest.

ARMS is one of Nintendo’s newest ideas revolving around a fantasy boxing environment consisting of characters with projectile fists of fury.  In this game, as far as has been revealed, one can play as one of five “champions”.  These champions are known as; Spring Man, Ribbon Girl, Ninjara, Master Mummy, and Mechanica.  While not the most creative of names, the artistic style and aesthetic of these characters leaves not a lot to be desired.  Each champion has their own special ability, be it mid air jumping or the ability to regain health while guarding.

Along with these characters also comes different “arms” that each have their own special attack.  Examples of this are the Toaster, which is able to charge up and set enemies on fire whilst also knocking them down, and Boomerang, which shoots at a wide arc allowing you to hit enemies around obstacles.  Further more players can mix and match these weapons as they please, two arms means you can wield two different weapons at the same time.

This game also makes full use of the joycon motion controls, similar to Splatoon.  Players use motions with the joycons in order to perform punches, guards, and grabs.

While there hasn’t been much gameplay shown quite yet, from what has been seen the game looks interesting enough. Furthermore it would seem to be generating enough hype for some people to be equating it to the popularity of Splatoon on the WiiU.

What do you think about ARMS?  Will it be a major hit for Nintendo, or will it fall flat?  Leave your thoughts in the comments down below.

Zach RileyJanuary 31, 2023
Read More
Nintendo CAN transfer Nintendo Switch Data to New Devices
How Just Cause 3 Stacks Up Against Its Predecessor