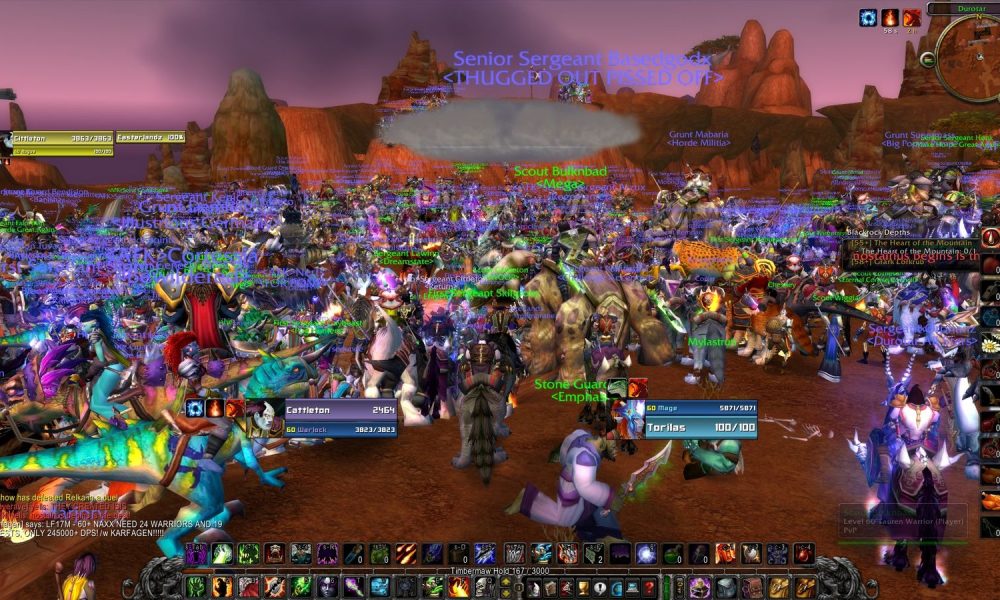 A new fan hosted server for vanilla World of Warcraft went live a couple of months ago, and since then it has been growing rather popular. For those of you that are unaware with the common dispute among new and veteran WoW players alike, there has been quite a divide between the fans of Blizzard Entertainment’s heavily updated version and the ones who miss how it used to play in its golden years. World of Warcraft is a very different game to how it was before later expansions were released, and the mechanics were drastically altered. Whereas reaching the level cap in Vanilla (original version) was something that took a huge time investment and a lot of learning and dedication, in the current and official version of WoW this can be as easy as buying a max level character to enjoy the end-game content almost instantly. In addition, many of the raids which are high-level dungeons meant for groups have been toned down and made much easier.

These reasons amongst many others meant fans were left to their own devices when it came to reliving the glory days of the still ever popular MMORPG. This fan hosted server titled Project Elysium, allows PC users to enjoy WoW in it’s purest and most cherished form in the eyes of many. What makes this even more interesting is that this isn’t the first unofficial server to do the same thing. The Nostalrius server was WoW’s biggest private server until it was eventually shut down by Blizzard on April 10th 2016, a landmark event for players, most of which all met up with their in-game characters to attend the server wide disconnect at 11 pm. Nostalrius reached a pretty huge 150,000 active accounts before its demise and there were petitions made for Blizzard change their rules to allow the server to continue, but this was ultimately to no avail.

Project Elysium popped up shortly afterwards and has been gaining quite a bit of traction. According to the Elysium Project’s twitter, they reached a peak of “20,685 players” all online at once just yesterday. However, with the abrupt shutdown of the Nostalrius server in 2016, this might not be around for too long if Blizzard has anything to say about it. Let’s hope Blizzard realises that this fan collaboration shouldn’t be seen as a negative. If they really don’t want their IP out of their control, then why not release an official server of Vanilla WoW?