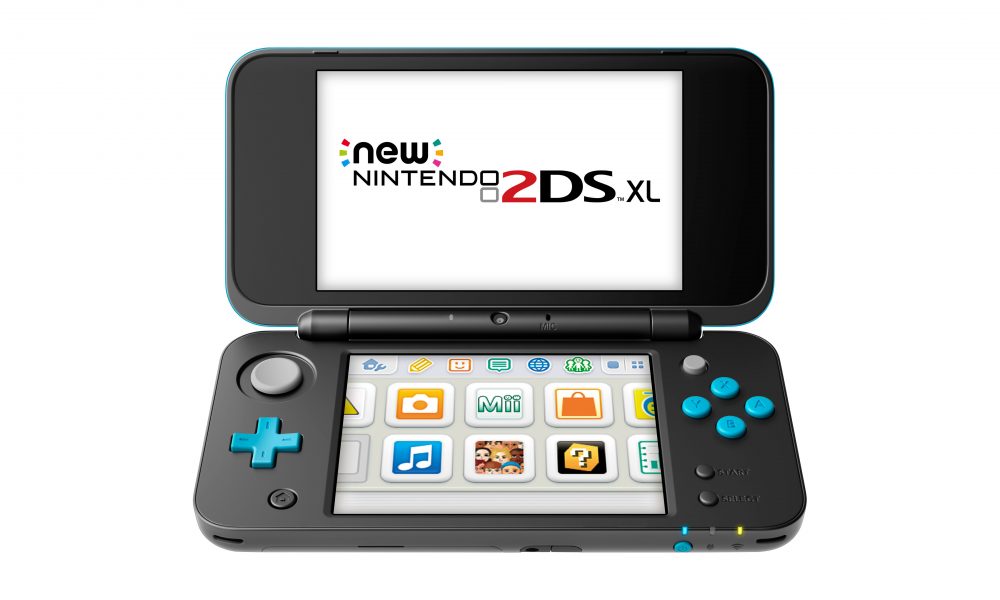 The New Nintendo 2DS can play all 3DS/ New 3DS games as well as original DS games. The system currently only has one color scheme; the black and blue model seen in the trailer below.

The 3D features of the 3DS were not too big of a selling point for many gamers. Having a handheld with the same library of games as the 3DS that sacrifices the 3D for lower price tag is a huge convenience for many gamers. Best of all, this new console has a much better form factor than the last one did with its folding screens that the DS line of handhelds has been known for.

The name, however, is awful. Nintendo handhelds have had some pretty poor names lately, with Nintendo seemingly unable to part with using “3DS” in their naming scheme. Similar to games like “New Super Mario Bros.” and “New Super Mario Bros. WiiU” just slapping the word new in the front of something doesn’t make it a good name for a game. What if a Nintendo releases a new color scheme? Am I supposed to ask my friends what they think of the new New Nintendo 2DS XL? The word “new” doesn’t explain that the system is an improved version of its predecessor. It makes the console/game sound boring; as if it is just the same thing you’ve already got, but with a new coat of paint.

Hyperbole ridden rants about naming scheme aside, the handheld looks like an excellent option for those who want to buy a 3DS, but would also love it to be $50 less.