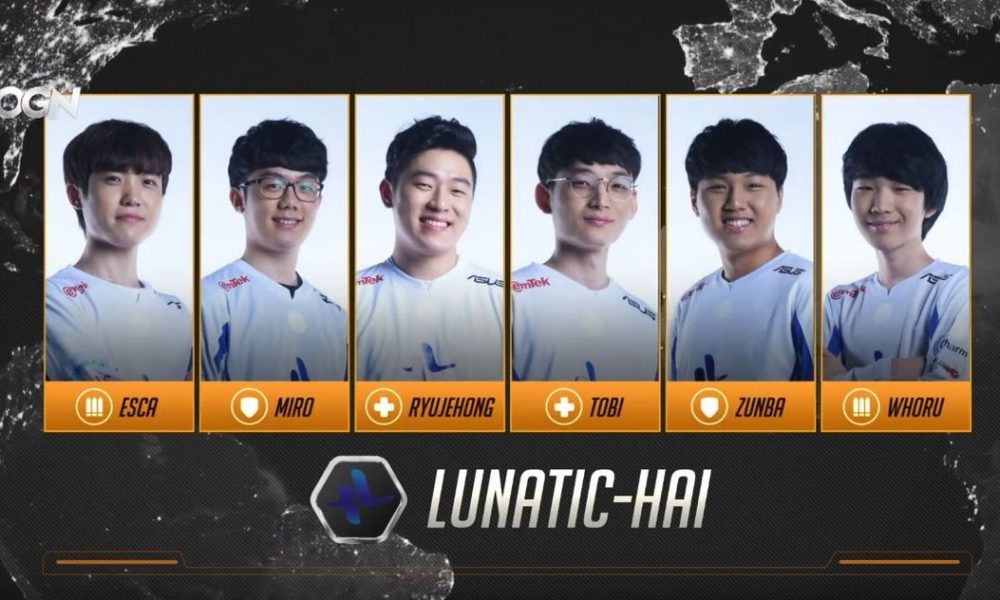 Weeks after their dominating performance at APEX Season 3, Lunatic Hai has signed with KSV Esports to represent Seoul in the Overwatch League. Like all teams, they will be relocating to Los Angeles, where the first season is taking place. After Season 1, teams will move back to their respective cities, and begin playing home/away matches.

Lunatic Hai is considered by many to be the best team in Overwatch, and as most rosters stand currently, there are an easy favorite to win Season 1. Their roster features standouts across all positions, from Miro, widely considered to be one of the best Winston players in the world, to Ryujehong, arguably the best Ana in the game.

KSV founder Kevin Chou spoke to VentureBeat recently, and said they would be signing an all-Korean roster and staff. He said it is important for the people of South Korean to have a team that represents them.

Their Roster is currently:

Lunatic Hai is the first Korean team to be picked up, but it certainly won’t be the last. With 4 cities still yet to sign any players, expect teams like Kongdoo Panthera (who took second place to Lunatic Hai in a seven-game set at APEX Season 3) and Afreeca Freecs Blue to make an appearance later this year when the league starts up. Current North American teams Misfits, Immortals, EnVyUS, and NRG, as well as EU team Cloud 9 will have to bolster their rosters in order to compete with the talent coming from Korea.

Lunatic Hai will be competing in Season 4 on APEX, but their spot in future seasons is unlikely due to scheduling conflicts.