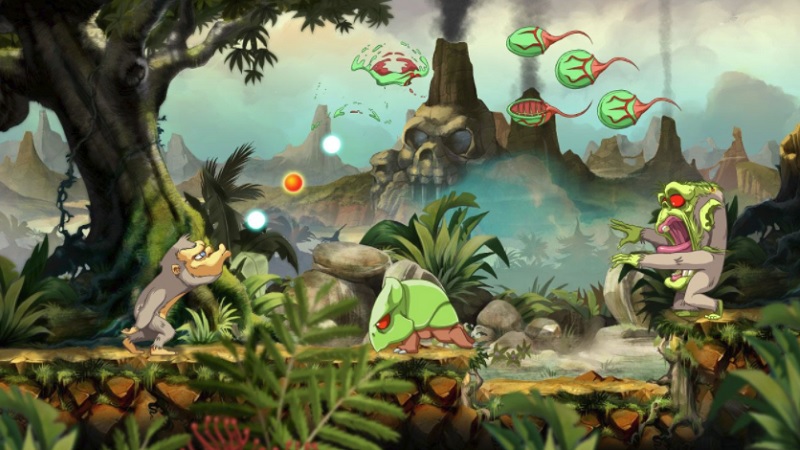 Nintendo’s Switch console has plenty of heavy hitters in its lineup, but today we’re learning about a smaller game that is coming to it in the future. Microids has announced that they are in the process of remaking the 1989 arcade game called Toki for Nintendo’s latest console, with a vague release window of late 2018 being given.

Those who are fans of the original game will be happy to know that familiar faces are back for this project, with original developer Pierre Adane and original artist Phillippe Dessoly both returning. It has been almost 30 years since the original game launched, so there’s definitely going to be a big difference in the visuals. However, having the major players of the original team on board for the remake should ensure that the essence of the game remains intact.

The game tells the story of a human warrior named Toki, who lives a primitive existence in the jungle with his beloved Miho. However, when the witch doctor Vookimedlo is entranced by Miho’s beauty, he kidnaps her and transforms Toki into a sinister-looking ape. This sets Toki on a perilous adventure to get Miho back from Vookimedlo’s golden palace far away, while also restoring his normal appearance.

Toki is currently only confirmed for a release on Switch, though it’s possible that the game could release on other platforms at some point down the line. We’ll be sure to bring you more information on the game’s release date as soon as it becomes available.