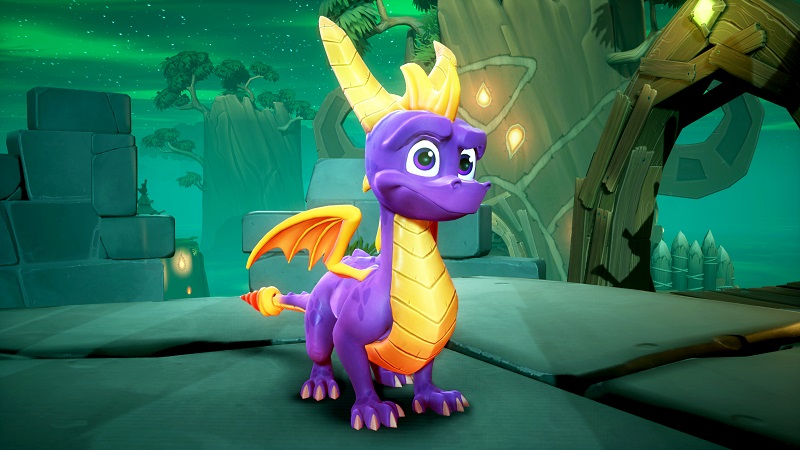 We had been hearing rumors recently that Spyro would be following in the footsteps of Crash Bandicoot, with his own trilogy of PSOne games set to be remade. Well, today that has been officially confirmed, as Activision has announced the Spyro Reignited Trilogy for PlayStation 4 and Xbox One for release on September 21st and costs $39.99.

This collection will include all three of the original Spyro games, which were 1998’s Spyro the Dragon, 1999’s Spyro 2: Ripto’s Rage! and 2000’s Spyro: Year of the Dragon. This collection will function very similarly to the Crash Bandicoot: N. Sane Trilogy, as they’re full remakes of the original games. There won’t be any new features when compared to the originals, but just having these games with modern graphics is well worth the price of admission.

It’s great to see that these old mascot platformers are making a comeback, with these types of games not really having much of a presence in the current gaming landscape. It’s set to be a big hit if it turns out anything like Crash Bandicoot’s return did, with that collection being a pleasant surprise. The original trilogy of games were all well-received on the PSOne, with Year of the Dragon in particular getting high praise.

It’s interesting that Activision has taken a different route with the release of this trilogy, as they decided to make the Crash remakes a timed PlayStation 4-exclusive. This time around they’ll be launching on PS4 and Xbox One simultaneously, though there’s always the possibility that it will come to Switch and PC at some point down the line.

Spyro Reignited Trilogy will launch for PlayStation 4 and Xbox One on September 21st. Be sure to check out the announcement trailer below.