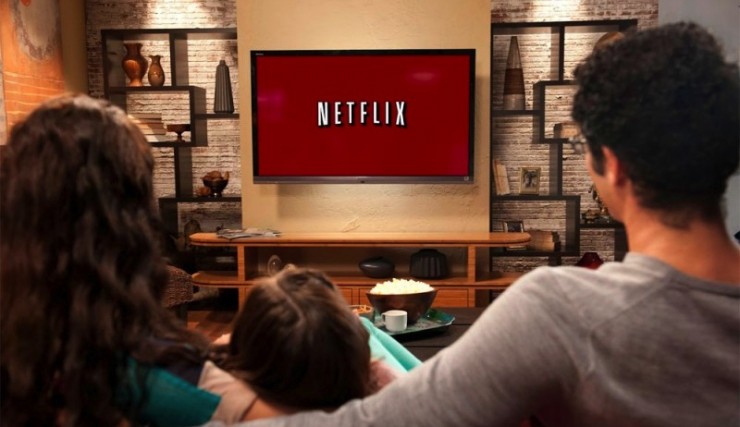 Netflix, probably the most popular video streaming service ever, is having an unexpected consequence on the world of piracy and torrents. Apparently, the popularity and accessibility of Netflix, as well as the affordable U.S. prices that it can boast with, have impacted the way in which Bittorent is used. It seems like there are fewer and fewer pirates ripping movies and series with Bittorent and the number of the torrent client’s users has dropped. That leads us to believe that people are turning away from piracy thanks to the obvious benefits that Neflix offers, and we’re glad about it.

We are familiar with the legal implications of piracy and stealing and distributing copyrighted content. But there was a time (and still is in some countries), when people simply could not afford to go to the cinema to watch a movie or subscribe to HBO to be able to watch Game of Thrones, Spartacus, Six feet under, Carnivale, How I met your mother and the list goes on. But with Netflix bringing affordable content to so many people across the world and services like UnoTelly making Netflix available in European and Asian countries, piracy has plummeted.

According to a Sandvine report entitled In the Americas, Netflix + Google + Facebook = The Internet?, Bittorent and Netflix seem to be clashing. While more and more people are flocking to Netflix, less and less people are making use of the Bittorent client and ripping content from torrent sites like The Pirate Pay, Kickass and I’m sure you can name a few others. The report details that Neflix has become more dominant among users in North America, accounting for more than 36 % of bandwidth use during peak hours of internet use. Although Sandvine doesn’t give out precise numbers for the change, they do emphasize the pull that Netflix is having on Bittorrent clients.

It seems like affordable and accessible content is the way to weed out pirates and to convert them into upstanding citizens of the internet, if I may. Although there’s still a lot of piracy going on in all entertainment industries, including movies, series, cartoons, music and talk shows, the number and sheer volume of content that is being watched illegally has dropped. Netflix can be proud of their accomplishment, and have proven to the world that the business model they are using is effective and has a positive impact on the industry.

Naturally, Netflix isn’t the only video on demand service that people can use, but it seems to be much more popular than Amazon Prime on demand, Hulu or others. The amount of content that Netflix has to offer for subscribers is large enough to be able to cater to all types of viewers with different preferences, which is the essence of a healthy business model for a streaming site. Bittorent pull in bandwidth share has dropped to about 6 %, which is a lot smaller than what it used to be. Once making up 30 % of bandwidth use, Bittorent has lost a lot of its users in the past 5 years to a decade.

Although this can be considered a positive change, for Netflix at least, Bittorent doesn’t just mean pirating content. File sharing is a concept that is still alive and well, but it’s no longer being overwhelmingly dominated by p2p and torrents or file sharing platforms like Limewire (remember?). Do you think that the affordable prices and sea of content that Netflix and other streaming services offer are worth abandoning the Bittorent structure in file sharing?