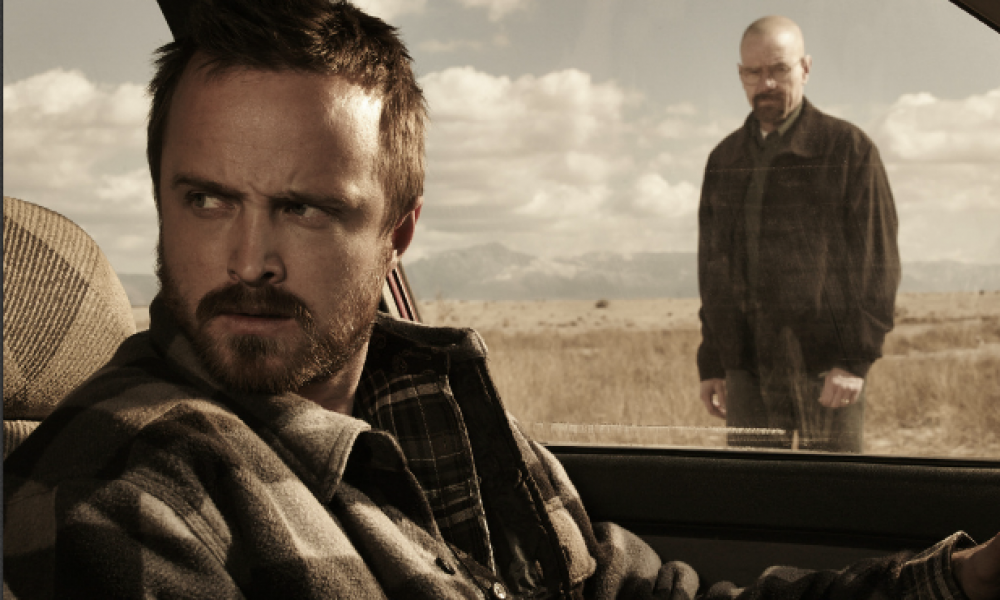 The acclaimed Breaking Bad TV series acquired millions of viewers thanks to the streaming service of Netflix. While the original airing saw the series first on AMC, the shows garnered much more attention, especially in its final season, after its move over to Netflix. The hit series became so popular under Netlfix’s watch that the new Breaking Bad movie will debut first on Netflix followed by AMC.

The series starred actor Bryan Cranston in his role of Walter White, a high school chemistry teacher diagnosed with terminal cancer. In an effort to make a sizeable income to support his pregnant wife and son who suffers from cerebral palsy before his time ended, White began cooking and selling crystal meth. The show only heats up from their in a dramatic, thrilling series as he teams up with Jesse Pinkman (Aaron Paul) who’s both a crystal meth user and dealer in the show’s setting of Albuquerque, New Mexico.

In 2015, the series acquired a spin-off show titled Better Call Saul — a prequel that starred Walter White’s lawyer, Saul Goodman (Bob Odenkirk). The Better Call Saul series is still running strong today, after its fourth season aired in 2018. Off the success of the prequel, series creator Vince Gilligan is now working with a returning cast on the upcoming movie that’s set to be a sequel to the base show.

The Breaking Bad move continues the story of Jesse Pinkman after the events of the series finale. While there were plenty of character stories in the series that never saw proper closure, perhaps the upcoming film will shine some light on that. While Aaron Paul has been the biggest name to be confirmed for the tightly wrapped production, Bryan Cranston has been particularly vocal about appearing in the movie.

In a interview on The Dan Patrick Show, Cranston states: “I don’t know if there’s an appearance — flashbacks, flash forwards — but I’m excited about it because it’s Breaking Bad and it was the greatest professional period of my life and I can’t wait to see all those people again, even if I just come by to visit.”

With nothing but praise and incredible success surrounding the Breaking Bad name, it’s not surprising that a movie is in the works. What is surprising is the movie will be premiering on Netflix, rather than AMC, where the show initially debuted.

There’s still barely any details regarding what we can expect from the upcoming film, but rest assured, there are sure to be more details to surface as production continues. The Breaking Bad movie is being produced and directed by series creator Vince Gilligan along with Mark Johnson and Melissa Bernstein, who have collaborated on the series in the past.