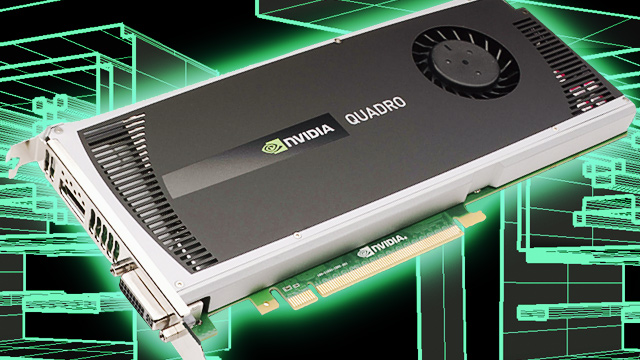 Nvidia is famous for offering some of the best GPUs around and I think most of us would mainly associate the company with PC gaming. But that’s not all they do as proven by their latest line up of graphics cards aimed at a very different group of customers. Nvidia recently unveiled the next generation of Quadro GPUs, hardware specifically crafted for designers, scientists, and artists. These cards grant users the possibility of working with higher resolution images and more complex models, which is particularly useful for the groups of professionals mentioned above. Not only that, but the cards also offer increased performance over their predecessors as you might imagine.

The latest Quadro line up includes the K5200, K4200, K22000, K620, and K420. These new GPUs will “deliver an enterprise-grade visual computing platform with up to twice the application performance and data-handling capability of the previous generation,” according to Nvidia. The company also says that this new range of GPUs gives users remote access to applications such as Adobe CC, Autodesk Design Suite and Dassault Systèmes Solidworks 2014 from a Quadro workstation. These applications run 40% faster than on the previous range of Quadros and can be accessed from PCs, Macs, and even tablets.

“The next generation of Quadro GPUs not only dramatically increases graphics and compute performance to handle huge data sets, [but] It extends the concept of visual computing from a graphics card in a workstation to a connected environment,” said Nvidia. “The new Quadro line-up lets users interact with their designs or data locally on a workstation, remotely on a mobile device or in tandem with cloud-based services.” The new range of Quadros will start shipping this Fall and will be available for workstation providers like Lenovo, Dell, HP and other OEMs. Prices range from $180 for the K420 up to almost $3000 for the K5200.