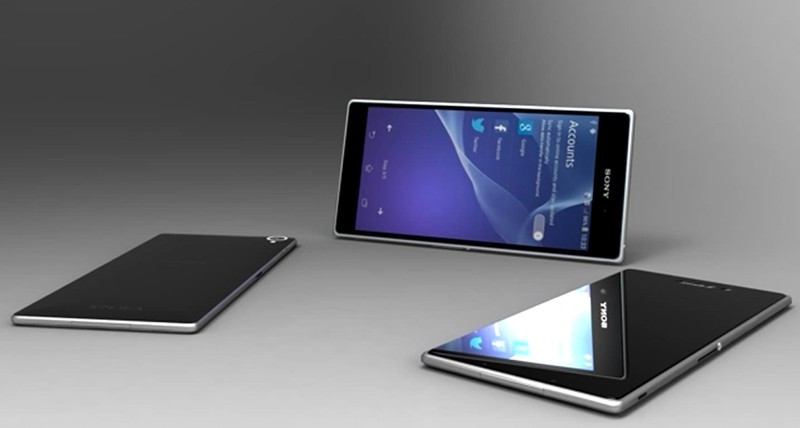 The Sony Xperia Z4 seems to still be in the works, even though Sony CEO Kazuo Hirai has stated that the company might renounce, sell or merge its mobile division. In spite of rumors saying that the Xperia Z4 will not make an appearance at the MWC 2015 show next month, screenshots of the handset have surfaced fueling suspicion that the new waterproof phone will be unveiled sometime this year. Xperia Blog has made public four different screenshots taken of the Xperia Z4 running none other than Android 5.0 Lollipop, which means that the handset is still in the works and probably rather ahead in development.

The Xperia Z4 has received the Ivy code-name, according to the Xperia Blog and the new screenshots reveal just a few settings as well as a neat set of specs, most of which we were speculating about before. The screenshots allegedly belong to the dual SIM variant of the Xperia Z4, which seems very likely as we all know there is a dual SIM variant of the Xperia Z3, too in a few markets around the world. Even though Sony hasn’t revealed anything about the Xperia Z4, we did get a glimpse of the device last year after a set of emails between Sony and product placement managers were leaked. In these emails, executives were discussing the monetary issues behind advertising the Xperia Z4 in the new James Bond movie entitled Spectre. Alongside the Xperia Z4, some wearable device renders were also leaked. In these emails, executives said that the Xperia Z4 would be launched between May and November 2015, which makes us firmly believe that Sony will not be unveiling the handset at the MWC 2015 in March.

We’re a bit suspicious about the leaked screenshots, mainly because the model number of the phone is blurred out, so as far as we know, it could be a different Xperia handset altogether. Nonetheless, it isn’t unlikely for these to come from the Xperia Z4. From the images, we get a glimpse of a the dual SIM features, and we get confirmation that the handset will feature Qualcomm’s newest 64 bit chipset, the Snapdragon 810. The chipset is already in action on the LG G Flex 2, with minor overheating issues and is said to be featured in the HTC One M9 and Galaxy S6, too, although the latter might come with an Exynos chip instead after Qualcomm reported losing a major partner. 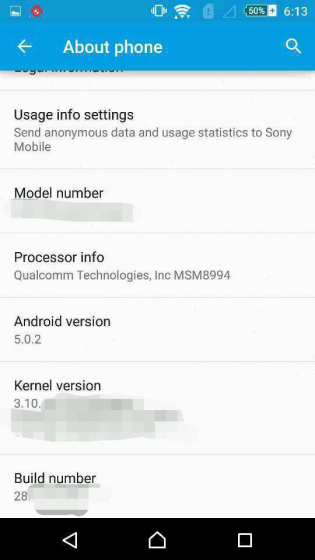 The software on the alleged Xperia Z4 screenshot is Android 5.0.2, which sounds a bit outdated if we believe the rumors that the handset will be launched between May and November. Since Android 5.1 is already off the shelves and rumors saying Android 5.2 will surface next month, it’s rather unlikely that a major OEM like Sony would launch a flagship device this Summer running one of the oldest versions of Android Lollipop. Still, Android 5.1 is only available on Android One devices and the wider release hasn’t been detailed by the company, so we don’t really know what to kind.

In any case, take these Xperia Z4 screenshots with a grain of salt, as we’re not able to confirm their validity right now. Regardless of validity, the software and UI look great from the screenshots, so we are expecting to see the same kind of layout on the Xperia Z3 once the update is rolled out. Speaking of which, Sony should begin the rollout of Android Lollipop to the Xperia Z3 and Xperia Z2 early in March, according to our sources. Stay tuned for more about the Xperia Z4, as we’re sure Sony will spill the beans about a release date at the MWC 2015.

HTC One M9 vs Galaxy S6: which will steal the limelight at MWC 2015?
HTC One M9: Images, specs and release date – leaked