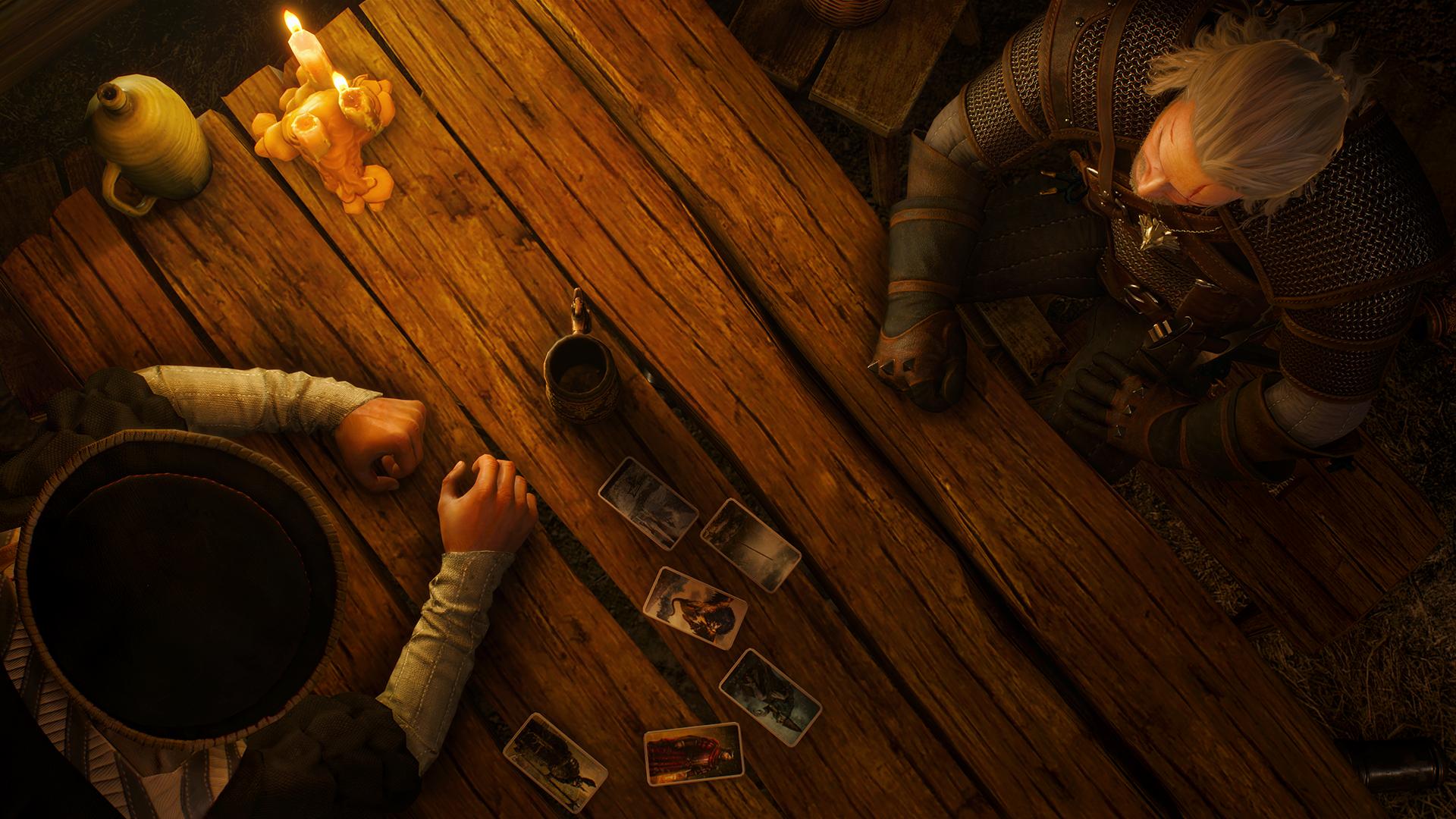 Last week a massive The Witcher 3 patch, patch 1.10, has been released in all regions and on all formats. The patch introduced a variety of changes, tweaks and fixes which vastly improved the experience especially on PlayStation 4, with this version’s performance becoming much better than before in all areas. Among the announced additions of the patch was an indicator for the Card Collector quest which was supposed to show how many cards are missing to complete the quest. Unfortunately the indicator hasn’t been implemented by the new patch and not much was known on the reasons why. A few hours ago CD Projekt RED community manager Marcin Momot has revealed more on the matter.

According to Mr. Momot  including the indicator in The Witcher 3 1.10 patch changelog was an error on the team’s part. The indicator is in place in the developer build of the game but wasn’t implemented in the final build. Thankfully it seems like it will still be coming in the future, as Mr. Momot stated that the team will try to implement it as soon as possible.

“That’s actually an error on our part. We have this indicator in place but only in the dev build. We have not implemented it in the final build. We should’ve cut it from the changelog. We will try to implement it as soon as possible. Apologies about the confusion.”

While The Witcher 3 1.10 patch fixed a lof of the game’s issues, it introduced some new issues, like one which makes some DLC items such as the Wolf School Gear set disappear from the inventory. Mr. Momot stated a few hours ago that the team has identified the problem and the fix is in place. Unfortunately we don’t know when it will be released on consoles but more on the matter should emerge soon.

“We have the problem identified and the fix is in place. We are working to have it out on consoles as fast as we can. Really sorry you feel this way – believe us. if we could give you the exact time when the update is going to be released, we would. It depends on many things, hence the lack of details regarding the time of release.”

The Witcher 3 is now available in all regions on PlayStation 4, Xbox One and PC. The game’s first expansion, Hearts of Stone, is also available for purchase right now on all formats.