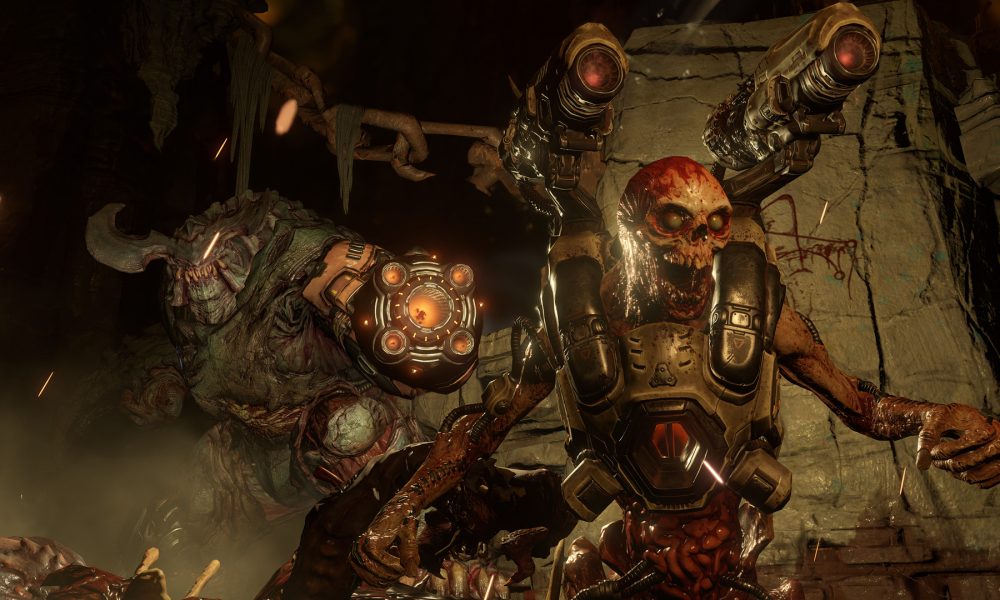 DOOM’s latest patch, Update 6.66 (I see what you did there Bethesda) brought a ton of changes and improvements to the game’s Multiplayer and SnapMap modes, but the biggest change of all involved the multiplayer DLC. No, the update didn’t add any new DLC, but instead it made all DLC free for everyone to enjoy, and this has divided the player base. Some gamers love the DLC’s new price of $0, while others are pissed that the content they paid good money for is now bundled with the base game. Given the divisiveness of Bethesda’s decision, I can’t help but wonder whether or not the company should have rethought its decision to make the DLC freely available to all DOOM players.

As I previously stated, many players are more than overjoyed that DOOM’s DLC is now free. Originally, these DLC packs were only available at relatively high prices, approximately $15 per pack or $40 for all three, and they gave players unfair advantages in multiplayer matches. For example, before the patch, the only way to wield a weapon such as the Grenade Launcher was to purchase its respective DLC pack, because players couldn’t (and still can’t) pick up weapons enemies drop thanks to the multiplayer’s loadout system. Furthermore, each pack only included three new multiplayer maps, one new weapon, one demon transformation, and several new customization items; this is a paltry amount of content for $15. Compare this to The Witcher 3’s DLC packs, which have literally hundreds of hours worth of content for roughly the same price, give or take $5, and you quickly see why people are overjoyed they don’t have to pay for DOOM’s DLC anymore — because it’s overpriced. However, we probably should address the elephant in the room, i.e., those who already paid for the DLC.

The gamers who paid for DOOM’s DLC are absolutely livid, almost as livid as those who are complaining about the update’s whopping 35 GB worth of data (yes, some people are actually upset over that). Many players feel cheated that they paid for something that’s now free, which is completely understandable. Normally, game companies give these people some form of rebate or consolation prize, such as increased experience gains or special items, but what will Bethesda give the people who have already bought DOOM’s DLC? According to the Update 6.66 FAQ and Patch Notes page: bupkis. Nada. Zilch. Zero. Nothing. These gamers don’t even get to keep their multiplayer level. Sure, gamers who bought the DLC now have a nice shiny in-game badge, but so does everyone else who played the DOOM multiplayer before the update. Personally, if I had bought the game’s DLC, I would demand a refund. I’m sorry Bethesda, but while you are well within your rights to determine the price of your products, not giving so much as a special thank you to players who spent money on DOOM’s DLC is a bad business move and a good way to lose customers.

So, now that I’ve covered both sides of the argument, it’s time to finally answer the question: should Bethesda have kept the DLC behind a paywall? No, definitely not. The DLC packs included so little content they should have been free from the beginning; asking gamers to spend money on what most other multiplayer games include in free updates is borderline insulting.

Since all of DOOM’s multiplayer DLC is now free, gamers can start working towards weapons and armor sets previously exclusive to paid DLC this weekend thanks to a free gameplay weekend. Furthermore, the game is currently at a steal of only $15, ironically the previous price of its DLC, so anyone who enjoys the game can purchase it at its lowest price ever.